Similar to a few Arctic Cooling coolers, the EAX1950 uses a fan specifically designed to blow warm out to the back of the card and into your case, to take it off your GPU core quickly. 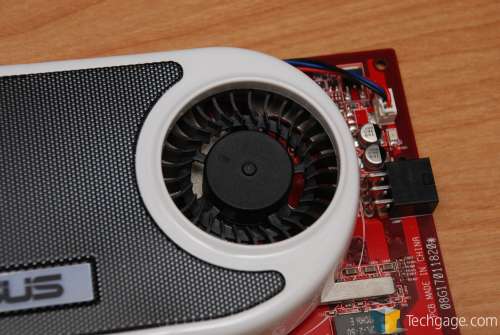 You will know very well what brand you are dealing with. Here you can also see how high the cooler is. 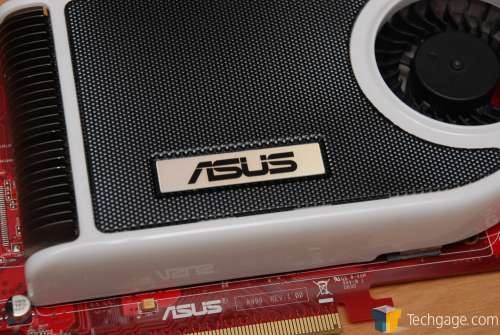 When looking towards the back of the card, you can understand how the cooler works. It’s a copper heatsink, which has a base inside to sit on the core. The heat leaves the core along the single heatpipe, which brings it towards the fins for the fan to blow out into the open. It’s a solid design. 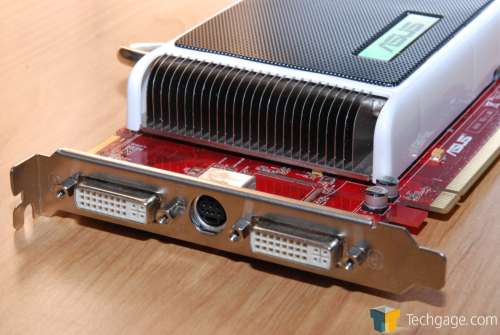 The somewhat bulky cooler is held in place by a very thin metal bracket. 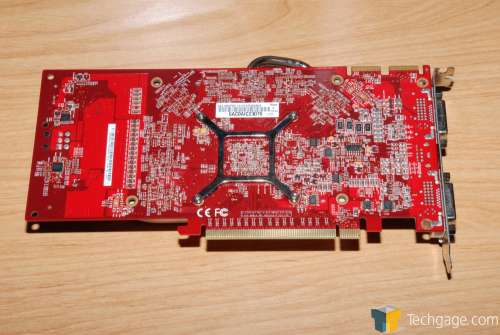 Overall, I love the look of the card. I actually prefer the ASUS cooler over the one we see on the ATI cards. They both have their advantages, but this one comes out on top for me. The only thing I dislike about the card is the length, which is still understandable. Since I was using a somewhat smaller case (NZXT Adamas) the GPU came very close to where my HDD was installed. This left about 2mm between the end of the GPU pcb and the hard drive.