In regards to overclocking, I did not get as far as I had hoped, but the results were not that shabby. The default clocks on the card is 571MHz/702MHz, and my max overclock before be a GPU recovery prompt was 598MHz/724MHz (1.45GHz). Nothing to brag about, but it’s there for the taking!

For our testing today we will be using 5 current games, including Half-Life 2: Episode 1, Call of Duty 2, Oblivion, Ghost Recon: AW and Need for Speed: Carbon. For those who enjoy them, 3D Mark 01, 05 and 06 results are also included.

Half-Life 2 is by far one of the best games of all time. Even though the game has been out for over two years, it proves to be as fun as the day it was released. This could be just because I am a fanboy though. I’ve put many hours into this particular game for benchmarking, and -still- don’t get bored when it’s loaded up. That’s some staying power! 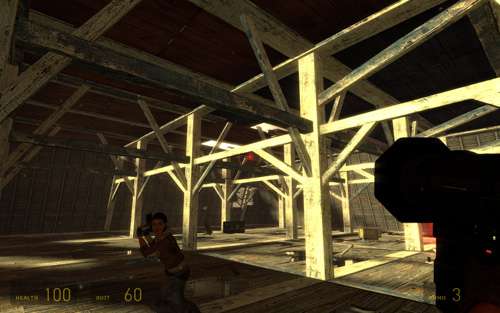 Since Episode 1 was released this past summer, it became the new standard and replaced the original version for GPU testing. One of my favorite levels in the game is c17_02a, which starts you off in a dimly lit hallway. You make your way through to the roof and, after seeing a friendly get killed, you must take out the airship with the rocket launcher. This is one of the best parts of the game and is very rewarding. 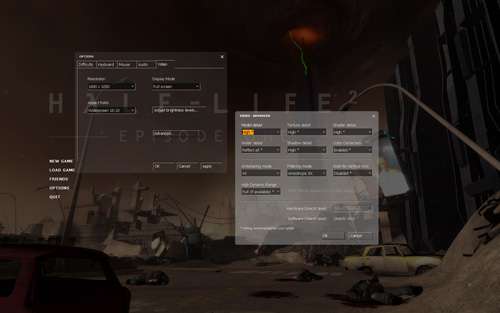 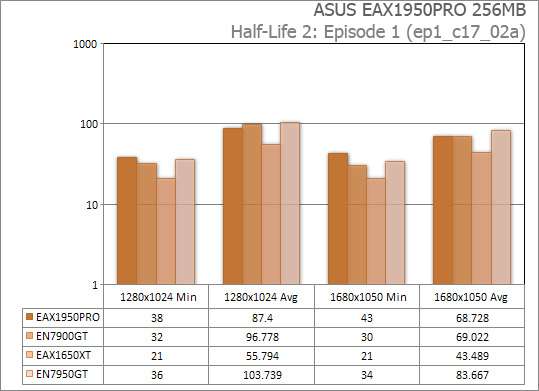 The EN7900GT came out on top overall here, ignoring the more expensive EN7950GT. At our highest resolution of 1680×1050 though, both cards were right on par with the 1950 having a better minimum frame rate. Great performance here.