Just when WWII-type games were getting incredibly dull and boring, Infinity Ward came along and delivered an outstanding experience that was almost like playing a movie. Not only was the game quite realistic in every way, but the graphics really helped grab the player in. The result was breathtaking. 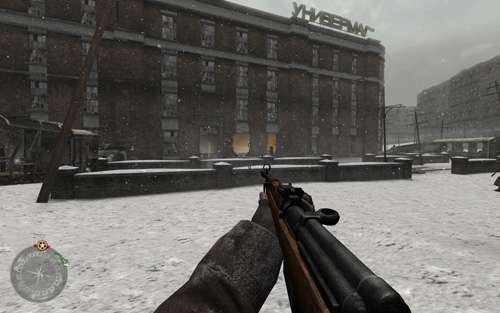 Even though the games been out for over a year, it still has what it takes to really push all GPU’s to their fullest. If you have a great GPU, the game runs like a dream, but at least 50FPS is recommended for a the most enjoyable run. As I found out in the EAX1650XT review, this game is very hard on “budget” cards. 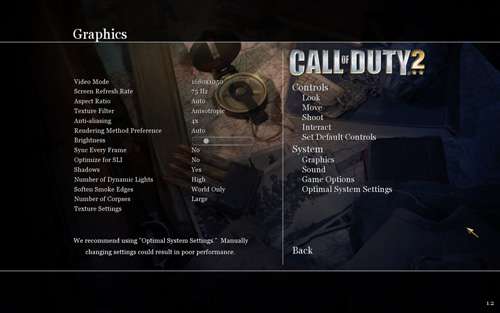 The level used here is Demolition, the very second in the game. Why? One, because I am lazy to progress through the game for a second time to have a good save. Second, this is a great level! There are a lot of men throughout in battle, and effects on the side. It’s a good level for testing thanks to all that the level delivers. We again use 1280×1024 and 1680×1050 for testing in addition to 4x AA. Antisotropic Filtering is used, and the other settings are kept on the highest. 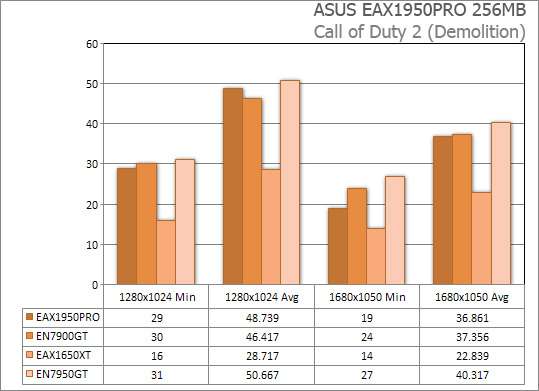 Both of the cards offer extremely close performance, no complaints.

Does this game need an introduction? There are few out there who have played Oblivion that were not completely enthralled by the experience. Unlike most current RPG games, Oblivion stuck to the old school way of doing things, and paired with the enormous and realistic world, it was an epic experience. If you have never played the game, do yourself a favor and pick it up! It’s no surprise that the game won many awards for the graphical capabilities… they are incredible. That said, it’s a game that we had to get in for use with our GPU reviews. 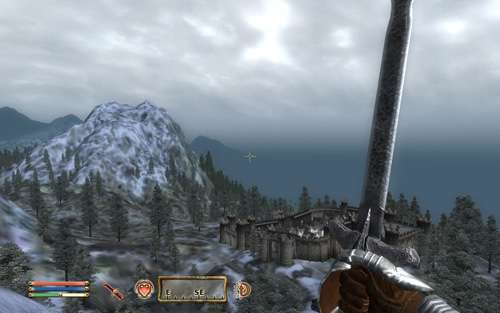 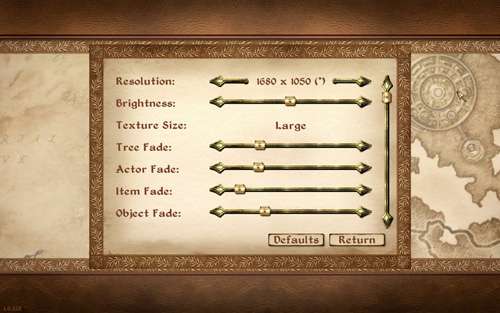 1280×1024 and 1680×1050 were used once again, with all additional settings cranked up to the highest setting. HDR is used instead of AA, since the effect tends to be the preferred choice. None of the slider bars were adjusted in the graphic menu, only the regular options, like texture size and water features. 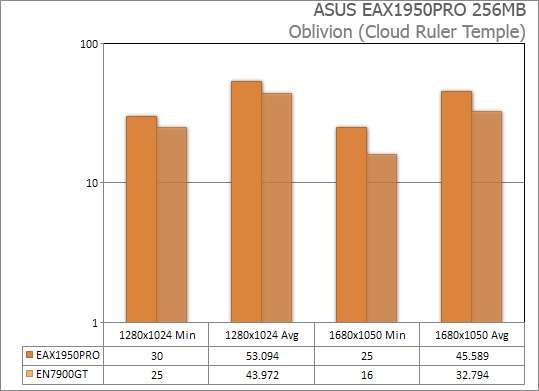 Remarkably, the X1950PRO had quite an advantage over our 7900GT… an additional 13FPS at 1680×1050. This is very impressive considering the cards are quite similar.