There’s no denying that Ghost Recon is a true stature in the real time strategy scheme of things. The games are realistic, and that’s what players want. It also just so happens that GRAW is one of the most graphical games out right now and does a great job of pushing your GPU to the limits. Don’t believe me? Load it up and see for yourself. 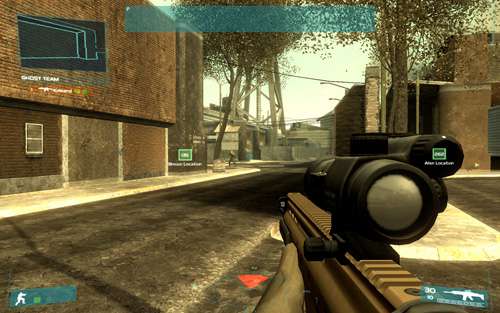 One thing I highly disagree with when it comes to the game though, is that it will automatically detect your GPU and decide for you what settings you can and cannot use. Of course, you can decrease the options they set for you, but not increase. For instance, on the X1950PRO and EN7900GT, high texture quality and 1680×1050 settings are not available… they are simply not in the drop down. The EN7950GT is a different story however, as it lists everything. Assumingly this is thanks to the 512MB of GDDR3. 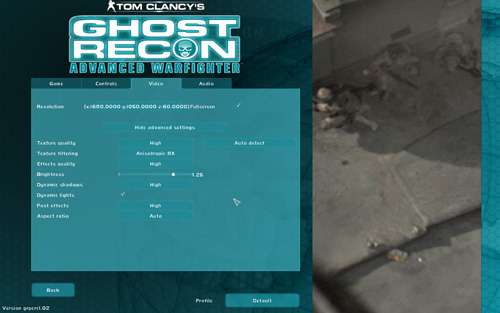 That said, you can force any resolution you want, as long as your monitor will support it. This requires editing an *.xml file in your game directory, where you can also increase texture quality and other factors. The level used for testing is the very first in the game, Contact! The reasons why this is a great level for testing is evident as soon as you play. I will not get into them so as to not spoil it for anyone who has not played the game. 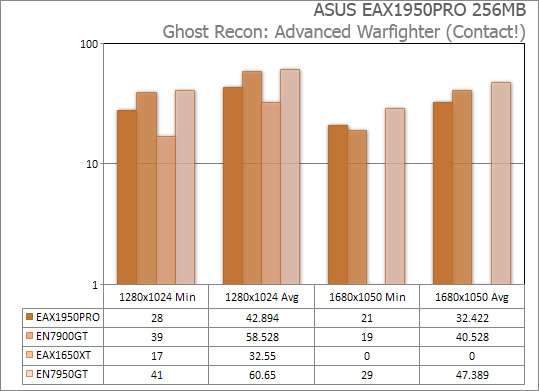 If you are a fan of Need for Speed like I am, then Carbon will not disappoint. It essentially takes the best of Most Wanted and Underground 2 and throws them in a blender. The result is a tried and true NFS formula that will please even the most hardcore fans. Of course the game is not without fault. I make mention of all of them in my review. 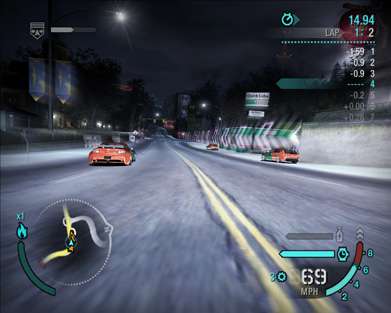 Sadly, this game does not support widescreen resolutions. If it supports 1920*, then I apologize, but it does not utilize 1680×1050 which is a common widescreen resolution for ~20″ LCD’s. That said, the game is benchmarked only using 1280×1024. All of the advanced graphic options are increased to the max available setting. Note that enabling all of these features really adds a lot of stress to the GPU. If you choose to use the default settings, you will likely gain 20FPS.

That’s not the point though… we are here for some great visual quality ;-) 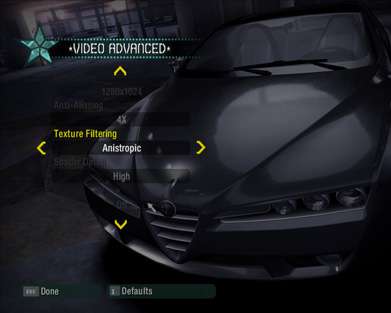 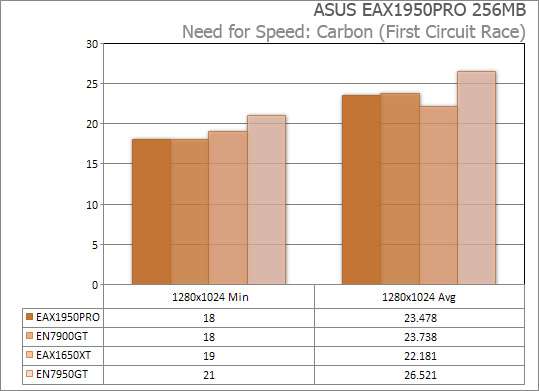 I don’t think anyone will argue the fact that the top two cards are near identical here… they even have the same minimum frame rate. Even the much beefier 7950GT only has 3FPS over the X1950PRO.