One of the few exclusive applications for the EeeTop PC is found on the first section of the Easy Mode, titled Eee Memo. Once inside, you’ll be greeted with a large analog clock that almost fills the screen. If you prefer digital, you can take your finger, or the stylus, and flip the clock around to see it automatically turn into something that might be more to your fancy. 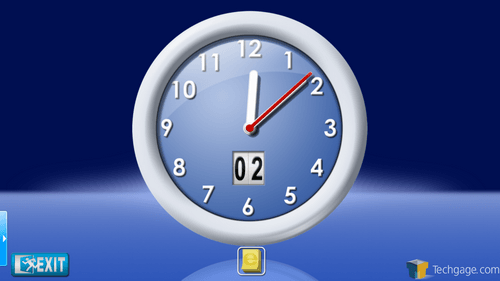 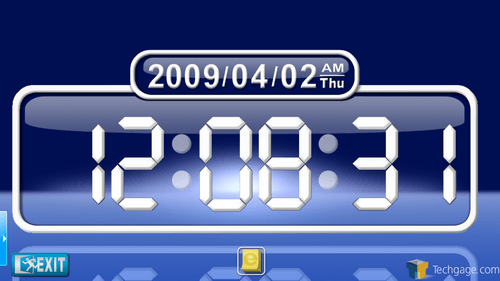 Notice the stack of Post-It notes at the bottom of the screen? You can again tap and drag it to open up a new section used for taking quick notes, or just to doodle. Here, you’ll have four different paper colors to choose from, and also four different colored inks. To start a note, simply click on the paper up top that you want, and it will load up and allow you to draw. Obviously, you can see I didn’t take things too seriously! 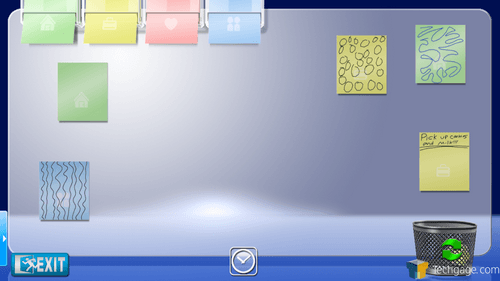 Considering the graphics processor in the EeeTop is rather lackluster, Eee Memo contains some fairly simple, but sweet animations. One such animation is when you drag and drop a Post-It note to the trash can. As you lower it in, it turns into a crumpled piece of paper. If you regret that move later on, you can click on the trash can and then on the blue icon to bring up a graphical list of what you threw in there, complete with wrinkled paper. 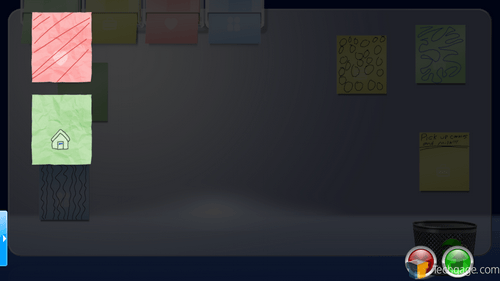 Restoring a note is simple, but deciding to destroy it is much cooler. When you choose to do that, they disintegrate to nothing with a very cool animation, reminiscent of a magic spell in an RPG game.

Also included here is “Eee Cinema”, media center software capable of handling photos, video, DVD movies and of course, music. The DVDs can only be used with an external device of course, but all of the others should be located on the machine itself. Music should be stored in My Music, while the videos and photos can be placed pretty-well anywhere, since the software allows you to go search for it. 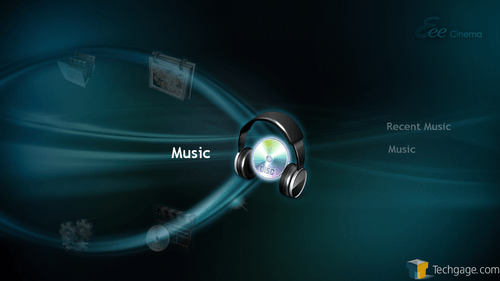 The software works great, but there’s one feature I do wish was included… network support. As far as I can tell, you are unable to load media from a network device, such as a NAS box, which is too bad since you wouldn’t have to load the music, or anything else for the matter, to the machine itself. You can of course view photos or listen to music through the network via other means, just not with Eee Cinema.

Two games included are Eee Band and Adventure Under the Sea. Both are incredibly simple, but they allow you to make good use of the touch functionality of the PC. The first game shows the Eee squad jamming it up. As they play, various circles show up around the screen, and it’s simply your job to hit as many of them as you can while missing as few as possible. When the song is over, you are left with a score. 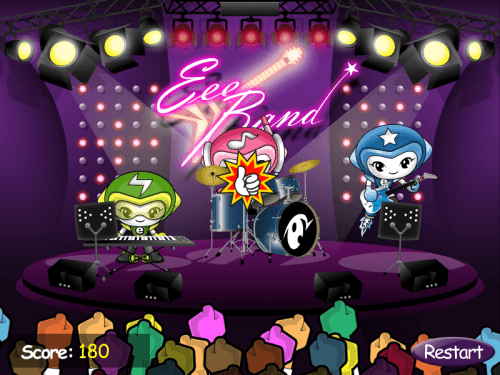 Adventure Under the Sea is a little more interesting in my opinion. You’re a scuba diver who’s out to… capture as many good fish as possible, while of course avoiding anything harmful, from seahorses to electric eels. Your goal is to survive for as long as possible, while collecting as many fish as you can. 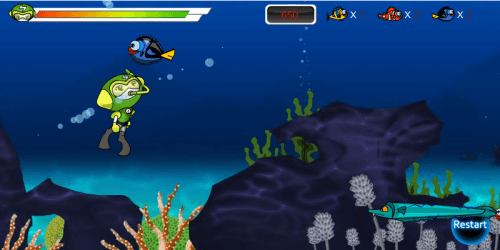 After setting up the PC for the first time, there are two options under the Tools section of the Easy Mode you’ll want to check out. The first is the Eee Screen Setting, which simply put, allows you to adjust both the resolution and font size. I really can’t see anyone wanting to decrease the resolution, given it’s small to begin with, but should the need arise, this can get it done quickly. Also, because the default large fonts may not be for everyone, you can adjust those here also. 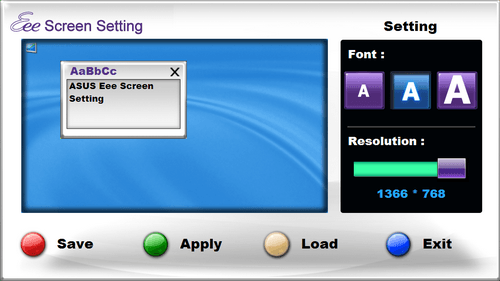 One of the much-touted features is the SRS Premium Sound system, and the options panel here gives a fair amount of control over how things sound. You can first change what content you are listening to, whether it be music, video or a game, and depending on which you select, the drop-down menu in the center will change. For the music setting, for example, you’ll see options for Jazz, R&B, Club and many others. 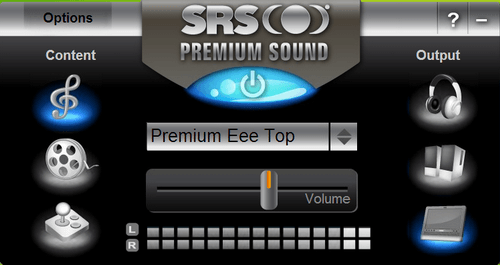 In the same options panel, you can of course adjust the volume with the huge dial, or change the output to headphones, speakers or back to the built-in speakers.

We’ve now pretty-much exhausted most of the exclusive software, so we can now press forward and get into using the PC for more than just incredibly simple tasks.