Half-Life 2 is one of those classic games that just doesn’t get boring. Even after playing the same level over and over, I still haven’t found myself completely “bored” of it in the least. I can’t say that for every game. The level used here is ep1_c17_02a, which starts you off in a dark yellow hallway. You progress through the narrow hallways killing zombies and combine soldiers along the way, all while having an airship outside shooting you through the windows. 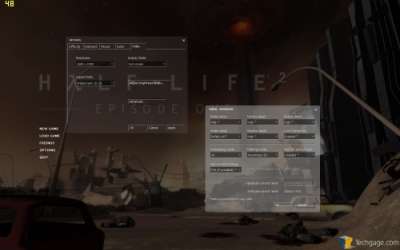 As the level progresses, you need to take down that ship with your rocket launcher. The reason this level is great for benchmarking is due to the use of HDR, which is heavily used especially during that large fight scene. 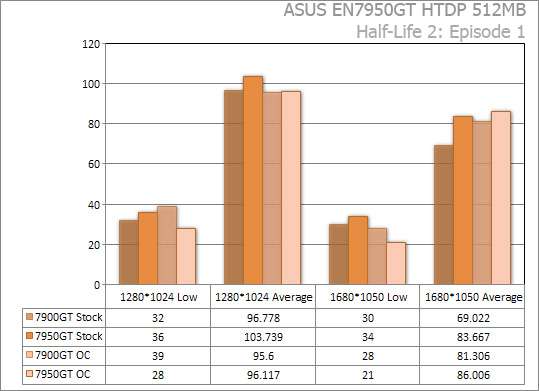 This is a game that loves high clocks, whether it be CPU or GPU, and the graph here proves it. The differences between the non-overclocked and overclocked settings at 1680*1050 proved quite minimal, both being at around 80FPS. Smooooth.

When first launched, this game was touted for it’s superb graphics and overall realism. Still today, the game doesn’t cease to impress me. The graphics are as sharp as they come, and even at lower FPS the game tends to run extremely well. 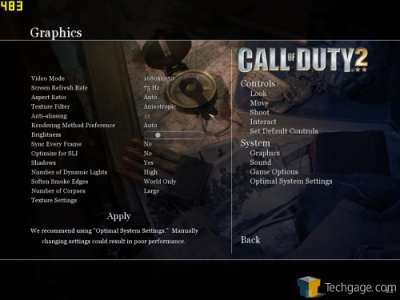 The level chosen for benchmarking is the second in the game, Demolition. Like many spots in the game, this one has some heavy gunfights and lots of special affects such as snow and smoke. 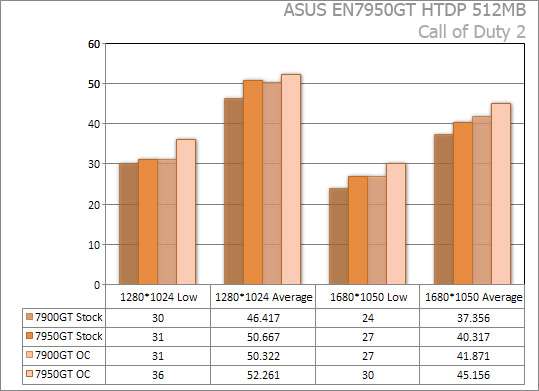