Serious Sam is not a game that should be used to truly test the power of a GPU, as even when it was released it didn’t have astonishing graphics. Still, it’s a good game to test with due to the fact that it uses a lot of special effects. That, and I just straight out have fun testing with it ;-)

The first level in the game was used, which begins you off in a village to be quickly inhabited by a few goons. The level ends after you take on a huge barbarian with a magic axe. 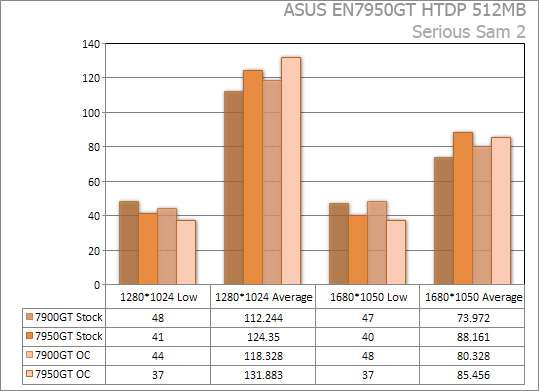 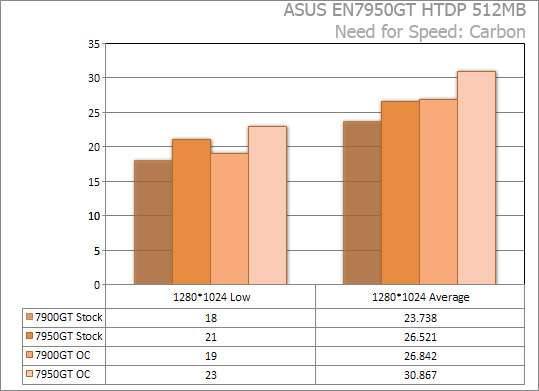 With our overclocked 7950GT, the game managed an average of 30FPS. That seems quite low, but the game was very smooth. Though I couldn’t test a 1600 resolution, you could expect the differences to not be very great… I’d expect around 25FPS on average.