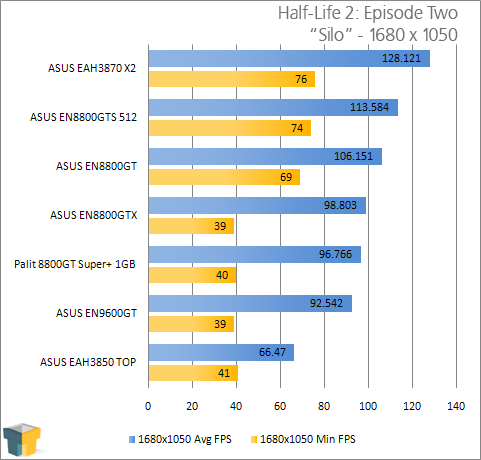 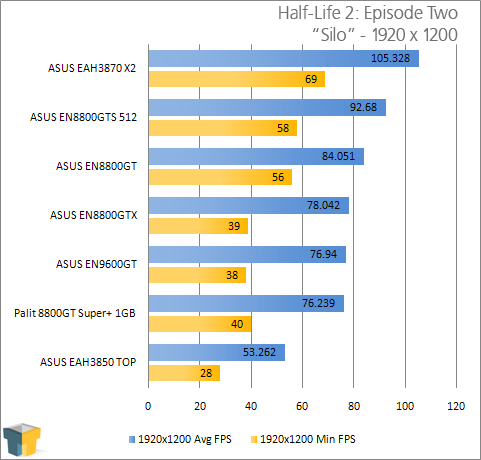 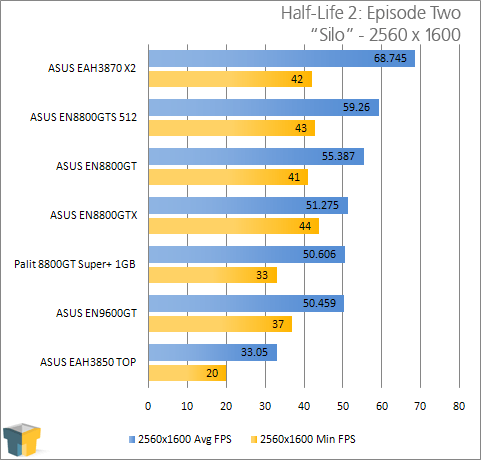 The GTS continues to stay towards the top, only to be beat by our dual-GPU solution. 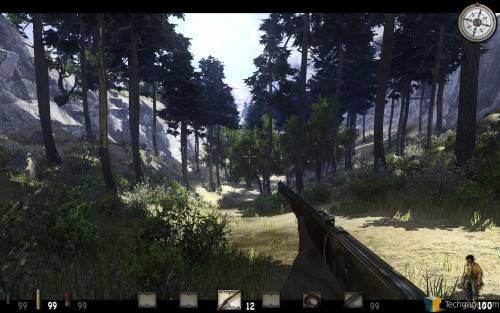 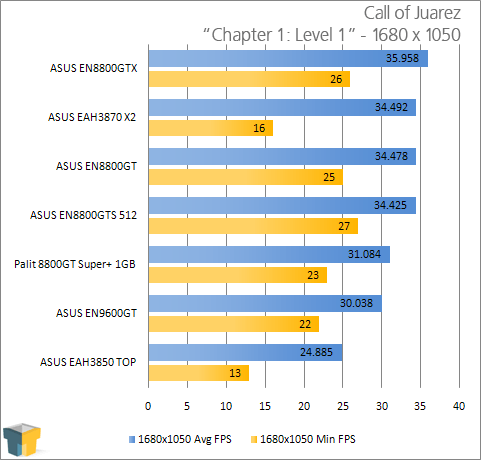 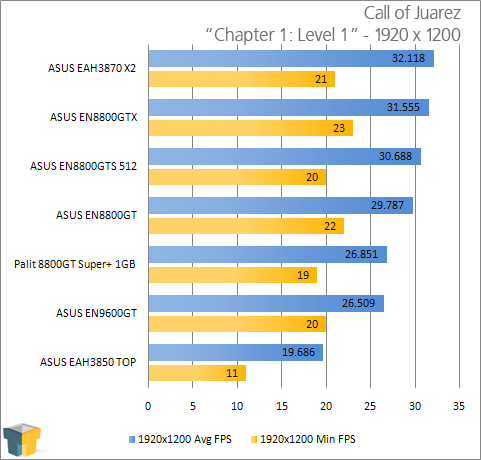 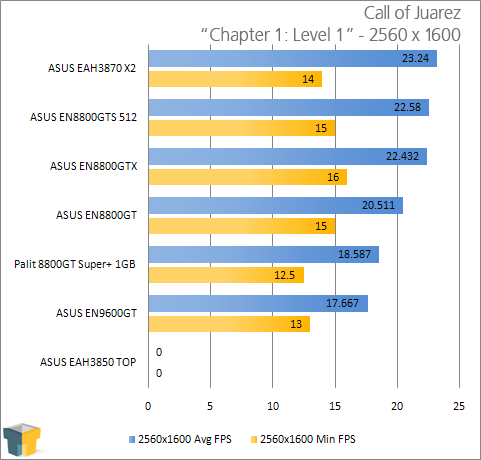 Not surprisingly, the GTS 512’s streak continues, offering superb results. However, it’s important to mention that neither card here made CoJ truly seamless at 2560×1600, due to our high texture settings, and the fact we were using DX10 rendering.