In testing power consumption for our graphic cards, the system components are kept consistent to help keep accurate results. To capture wattage, a Kill-a-Watt is used. It is plugged straight into the wall and the PSU is plugged in directly to it. After the computer is booted into Windows and is left idle for five minutes, the idle wattage is captured. 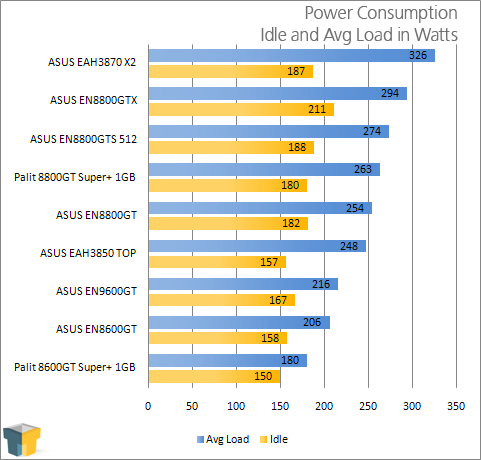 I won’t pick on the 8800 GTX too much since it is aging, but it’s great to see that our GTS 512 which beat that card out in almost every single test… uses less power. Gotta love that.

NVIDIA might have their 9-series here and new models en route, but as we found out throughout this review, the 8-series is still relevant. The prime reason for this is that the 9-series as a whole is more of a clock bump than anything else. Picking up an 8-series and overclocking it should yield similar, if not identical, results as the equivalent 9-series model. 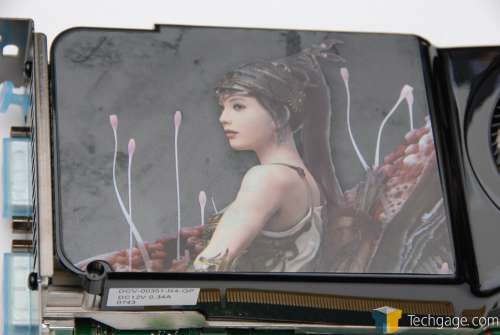 Things do change if you use two stock parts, however. If comparing a stock-clocked 8800 GTS 512 to a stock 9800 GTX, the latter will win… but it will only be a modest one. The clocks between the two are not that far different (25MHz core), so overclocking an 8800 GTS 512 even a little bit would deliver comparable results.

Should you pick up an 8800 GTS 512 now, with the 9800 GTX available? That can be answered a few different ways. Should you if you can get a great price on a GTS 512? Yes, most definitely. As mentioned, overclocking even a little bit will hit or exceed 9800 GTX performance, so all you will be doing is saving money.

However, dollar for dollar, the 9800 GTX makes more sense because it is faster. However, most 8800 GTS 512 cards right now retail for $300 or less – some even hover around the $250 mark – while the 9800 GTX almost universally retails for $330. In the end, the purchase would be up to you. But for the sake of saving money, the 8800 GTS is a great choice, and offers excellent performance.

I do not have a “stock” 8800 GTS 512 to compare to our TOP card, so I am unsure that most stock-clocked models would be able to handle such an extreme overclock, but I see no reason why it would not be possible. ASUS would not choose this overclock if there was a good chance it would not be stable on most cards… even though they’ve almost topped it out. I couldn’t push the card beyond 760MHz Core (740MHz stock), but even at stock, this card is a true beast.

We reviewed a higher-clocked version of an 8800 GTS 512 card, but the fact remains that any 8800 GTS 512 is going to perform exceptionally well… and even more so if it has an ounce of overclocking ability. It’s a fantastic offering, and unless 9-series offerings begin to come down in price, the 8800 GTS 512 remains a solid choice.