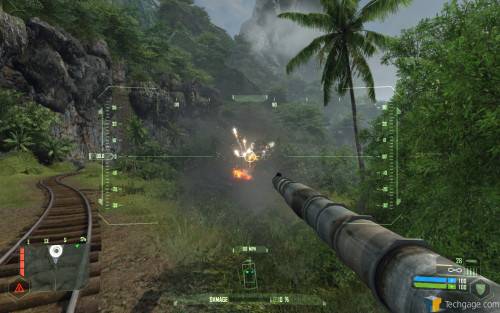 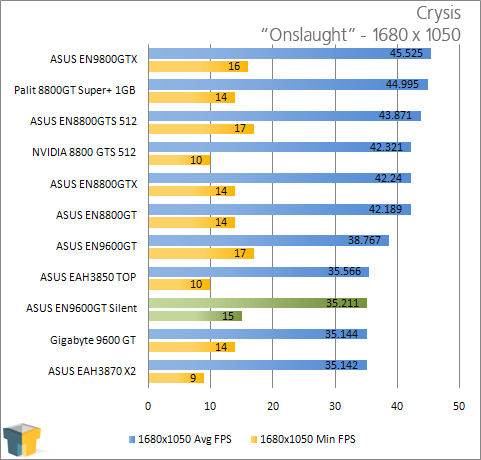 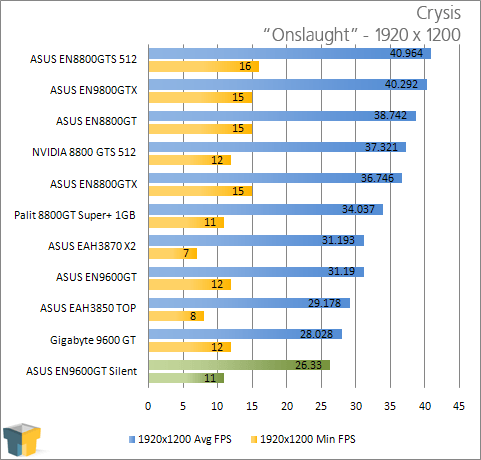 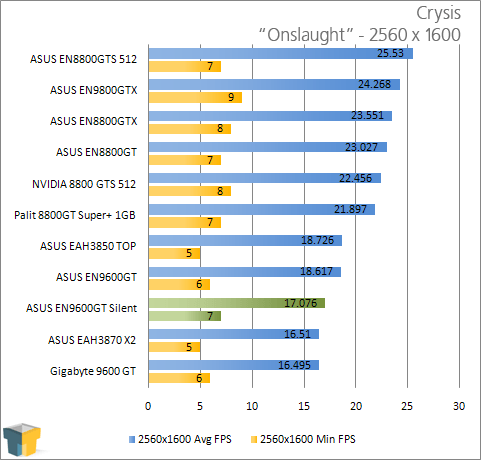 The EN9600GT Silent is off to a great start, scoring on par with the other 9600 GT’s we have here. While the cards scored last in all three graphs (which will be common throughout the review), their performance is still quite good in real gameplay.

The best playable setting was 1920×1200, but 2560×1600 wasn’t horrible. The particular level used was just fine at that setting, despite the FPS hovering under 20 on average. Please note also that the ASUS EN9600GT is a pre-overclocked version of the card, which is why it will always dominate between the three.