To help find the max stable overclock on an ATI card, we stick to the Catalyst Control Center included with the official driver. Sadly, ATI’s limits are real conservative, so it’s rare when at least the Core clock can’t be totally maxed out, as long as temperatures are kept within check. 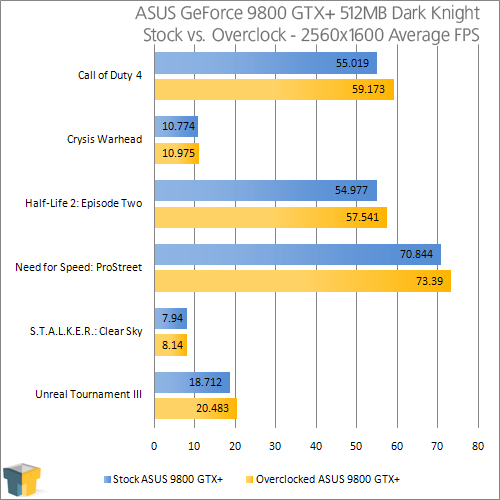 As expected, the differences are minimal, but that’s to be expected. We did see noticeable (not in real-world) differences with CoD 4, with a 4FPS boost, but that’s about as big as it gets. 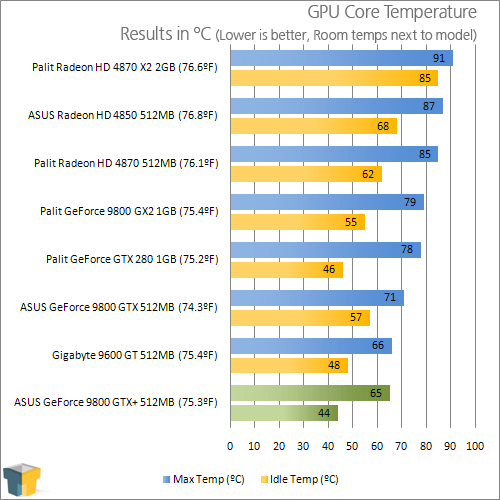 After-market coolers generally perform much better than the stock versions, and that proved to be the case here. Although we don’t have a reference 9800 GTX+, compared to the 9800 GTX, ASUS’ cooler dropped 6°C off the load and 13°C off idle… all while being faster in the process.