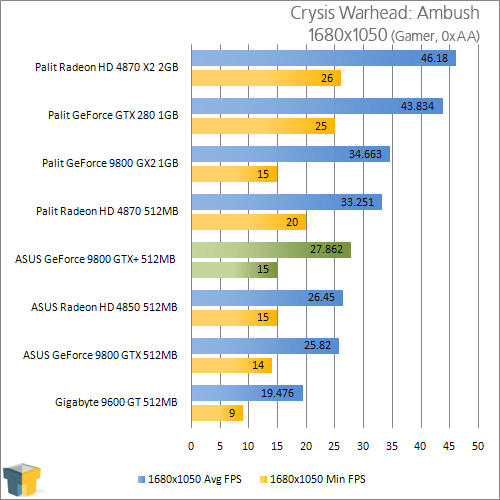 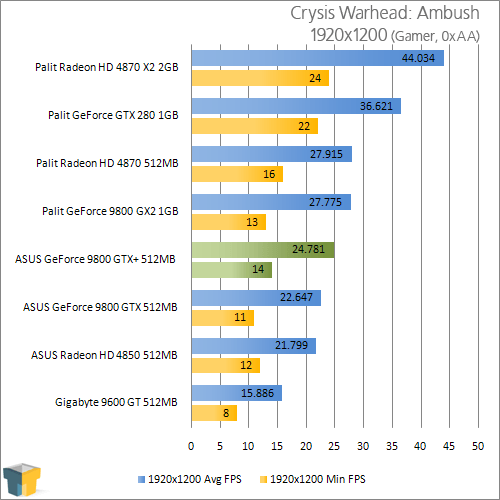 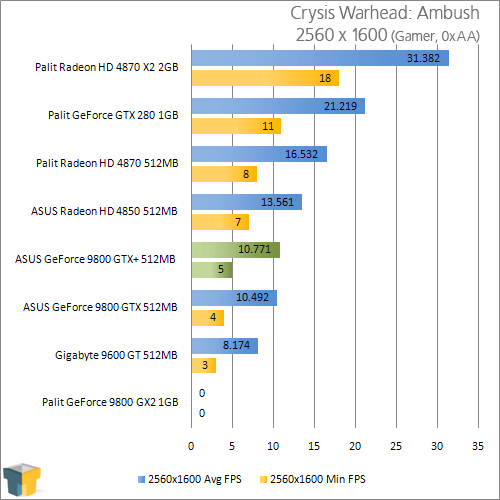 ASUS’ 9800 GTX+ scaled well within our expectations here, but neither of our three resolutions delivered great gaming performance using the Gamer profile… it’s just too demanding. For Crysis to be truly enjoyable, it should be played with at least 30FPS, and even our 1680×1050 setting couldn’t hit that mark…

…but move Gamer down to Mainstream and the story changes dramatically. With this $~175 GPU, Crysis becomes playable at 2560×1600, and it’s a gorgeous experience. Hard to be upset about that!