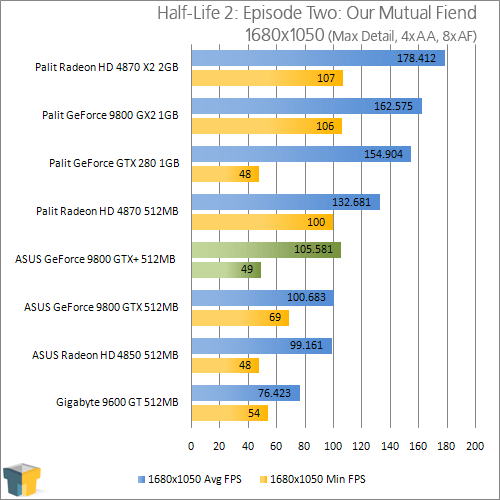 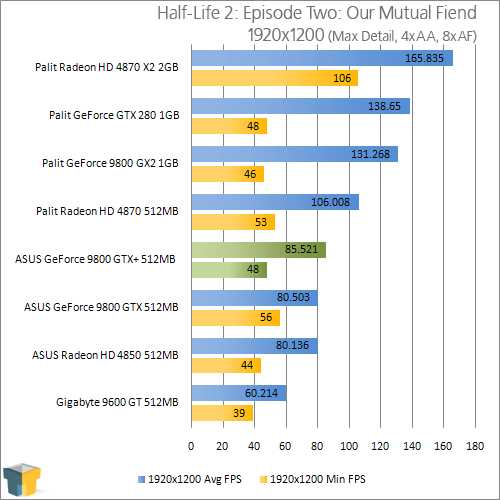 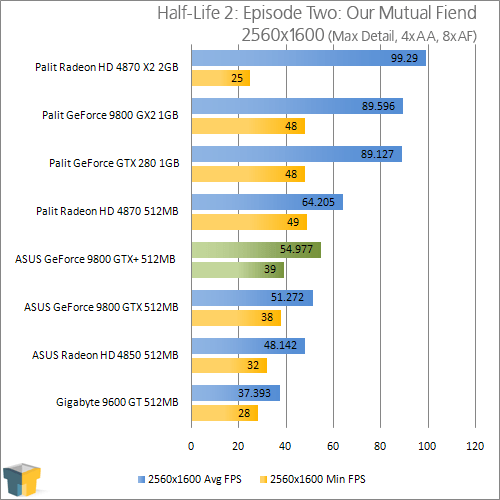 Our 9800 GTX+ continues to perform well throughout all the tests, with even our 2560×1600 setting being completely playable. Half-Life 2 isn’t that demanding, but it still manages to look superb on a high-end resolution.

Generally speaking, Half-Life 2 should have around 60FPS to be completely fluid, but I found with this card, there wasn’t any noticable lag or tearing using 4xAA, and it looked noticably better than if AA was removed. Anyone will be able to enjoy 2560×1600 performance on this card with AA enabled.