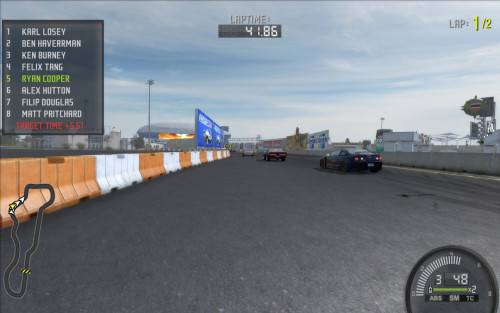 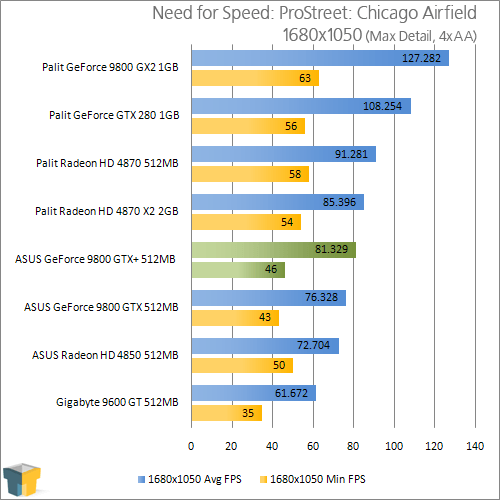 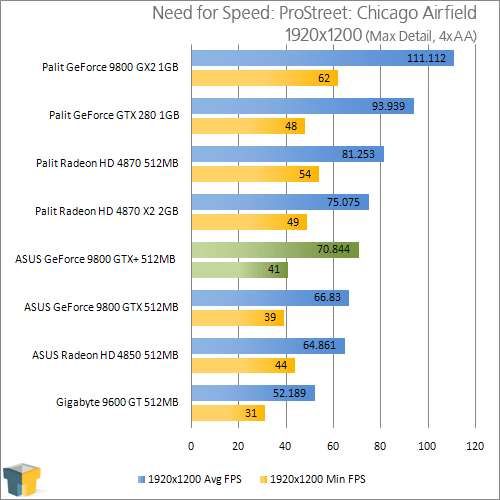 In most of our gaming tests, the 9800 GTX+ didn’t make significant leaps in performance, but ProStreet did show a ~4.5FPS increase in both resolutions… nice to see.

Since ProStreet tops out at 1920×1200, which happens to be far less intensive than 2560×1600, all GPUs in our lineup could run the game fine with our topped-out settings. The 9800 GTX+ had no problem running the game with maxed out settings, which to me means we really need Undercover to hurry up and get released. We desperately need 2560×1600 in Need for Speed!