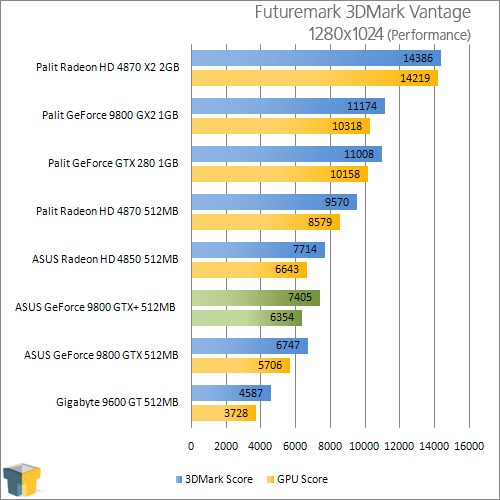 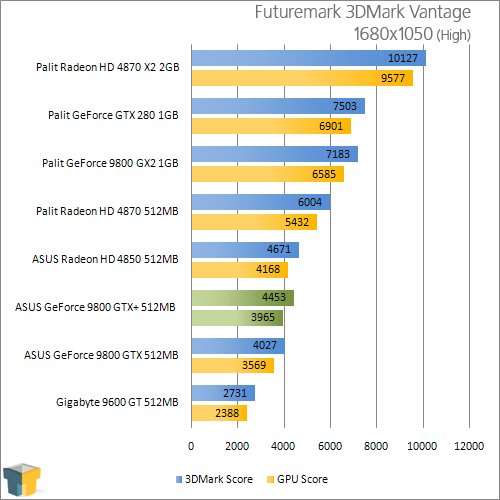 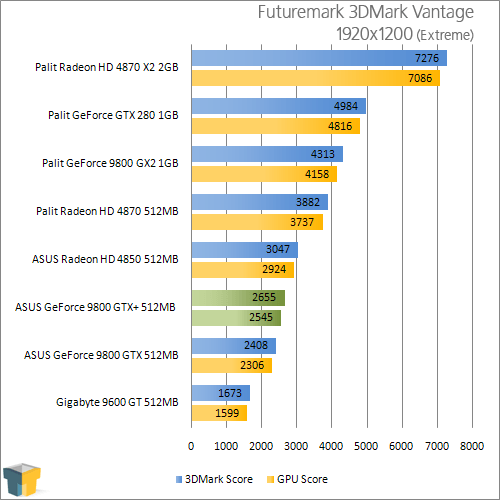 Once again, ASUS’ 9800 GTX+ scaled well when compared to the original, although the biggest gains are seen at the smallest resolution of 1680×1050.