As I mentioned in the intro, long before I received the G51J 3D, I had a good feeling of what to expect. The main reason simply boils down to the fact that in overall design, the G51J 3D is near-identical to the G51Vx I took a look at this past fall. This is a good thing, though, because ASUS has a great design here.

For one, the G51 series simply looks great, and perfectly suits the traveling gamer. It’s built well, and hardly feels flimsy in any possible way. Even the keyboard is appropriate for hardcore gaming. You wouldn’t imagine it given its chiclet style, but unless you need very tight tactile feedback, you should be fine with the design here. Plus, the keys are completely back-lit, making gaming in the dark a non-issue.

Then there’s the audio, which is rather good for a notebook offering. I’ll admit that I’ve yet to hear a set of speakers on a notebook that sounded good enough for me to set down my headphones, but this is about as close as I could get. Thanks to the woofer underneath, you even get some bass, which adds to the experience. Gaming aside, movies will also sound great here.

Peripheral-wise, the G51is far from limiting. For USB alone there are four ports, and then there’s also support for FireWire, eSATA and of course VGA and HDMI. There’s simply nothing missing here. Overall, the entire notebook is stellar in design, looks and feel. If I were in the market for a gaming notebook, I’d have no qualm choosing this exact design. I’m not totally sure about the style of the hood, but that’s a matter of opinion.

The G51J 3D is a great notebook, that much is clear, but I wanted to focus more on the 3D aspect since that’s what sets this notebook apart from pretty much every other model out there. As I mentioned in the intro, this model demands a price premium given its unique feature-set, and by premium, I mean ~$500. I come to this conclusion based on the fact that ASUS offers an almost identical notebook (G51Jx-X1) which has a slightly better GPU and improved resolution (1080p) that sells for $400 less. Given the upgrades in resolution and GPU, I’d assume the actual premium is $500 (though neither ASUS or NVIDIA would likely agree to my methods of calculating this). 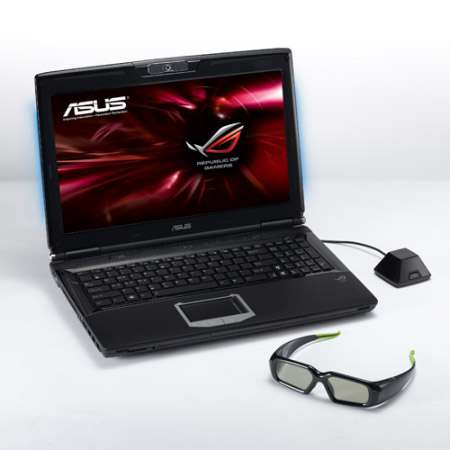 To be completely fair, though, the premium is there for a reason. For one, this is one of only two notebooks out there that can handle 3D. This feature on its own demands a couple necessities. First, there’s the NVIDIA 3D Vision kit, which includes the glasses and IR receiver. On the market, this retails for $150. Then there’s the 120Hz display. Given that these are not common on notebooks, I have no doubt that it alone makes up a good chunk of the premium here. As it stands today, you can’t get 3D on a notebook cheaply.

That all said, you’d really want to have the benefit of 3D in order to pay the premium for it, but the way things are going, it can’t be considered a poor investment. While the officially-supported game selection is a wee bit slim at this point in time (understandably so), it’s growing, with many current games and many more on the way that can take good advantage of the technology. You won’t be without content, that’s for certain.

When NVIDIA began pushing 3D Vision hard last fall, it touted both Resident Evil 5 and Batman: Arkham Asylum as being the two flagship titles, and it’s for a reason. During their development, both of these titles were designed with 3D Vision support in mind, so for the most part, the 3D effect in these games will be better than most others out there. If you see a 3D Vision logo on the game box, you can expect a great experience.

That’s not to say that a 3D Vision denotation is required though, because that’s hardly the case. Although I hate to admit it, I personally can’t see in 3D, so all of the testing done for 3D Vision on this notebook was done with the help of seven friends (oddly, no one in my immediate family can see in 3D, but most of my friends can). During all the time I’ve had the notebook, I’ve received a tremendous amount of feedback from these friends, and can form some solid conclusions. 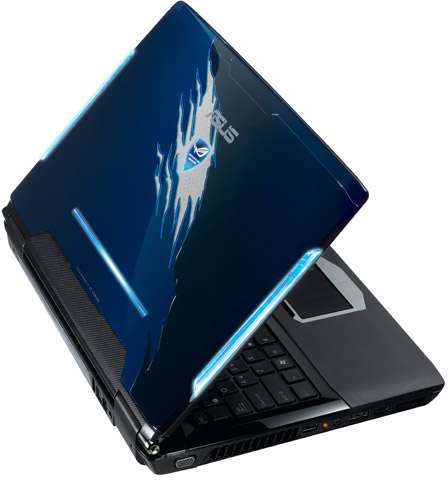 Strangely enough, every single one of my friends who tested out 3D Vision said that the effect was best seen in Batman: Arkham Asylum. Surprisingly, every-single one of them also said that they’d much rather play the game with 3D on than off, and now that they knew what it was capable of, they’d definitely be considering 120Hz for their next television purchase. All were rather pleased with Resident Evil 5 as well, but most noted that the effect wasn’t quite as good as it was with Batman.

Aside from those two games, I also had them test out various other titles as well, such as Dirt 2, GRID, Crysis, F.E.A.R. 2, Call of Duty: Modern Warfare 2 and Call of Juarez: Bound in Blood. While the effect varied from game to game, most agreed that in GRID, the effect wasn’t all too impressive (it wasn’t worthless, though), and the same could be said for most FPS’ games. Crysis Warhead wasn’t that impressive, but F.E.A.R. 2 was quite decent, despite the lack of official support.

Dirt 2 was a perfect example of a game that really benefits from 3D Vision but doesn’t offer official support. The game’s menus were dizzying, so 3D had to be turned off there, but once in the race, the effect was breath-taking (which makes me even more upset that I can’t see in 3D!). So overall, the effect will vary, but there’s definitely a lot of use to be had outside of officially supported games.

The opinions were all mixed with the video and image viewing though. No one was really that impressed with the images, and couldn’t imagine needing or wanting to view photos in 3D, but the included sample videos were a little more worthwhile. It should be noted that the video samples included on the notebook are the same ones that NVIDIA used at CES last year, so it could be assumed that the effect has been improved since then. With Blu-ray 3D coming out this summer, we’re likely to see 3D in movies revolutionized.

It all boils down to this. The G51J 3D as I mentioned carries a price premium, but if you are greatly interested in 3D on a mobile, there’s just an extreme lack of choice right now. If you want 3D as good as it can be today on a notebook, the G51J 3D won’t at all disappoint.