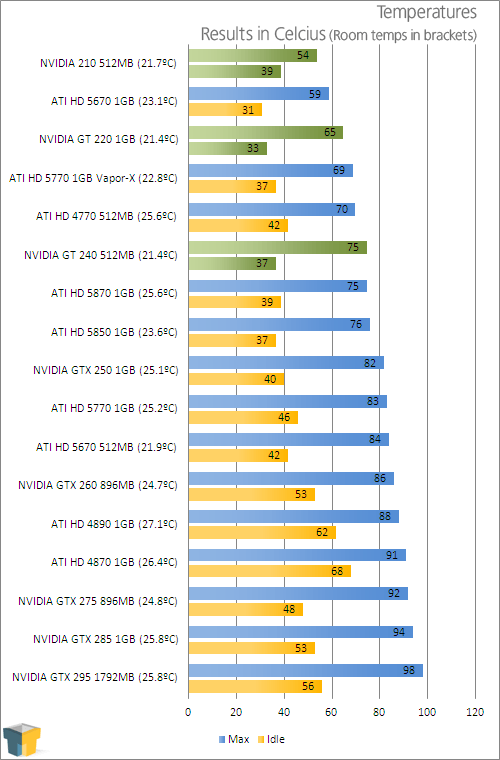 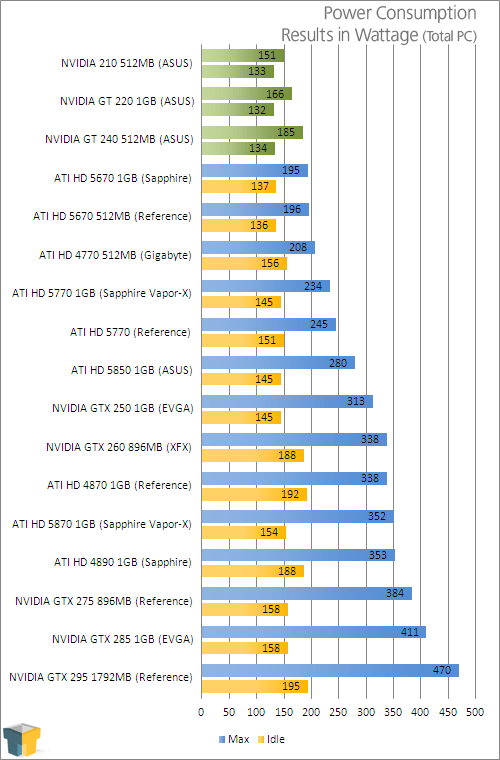 NVIDIA’s cards might be low-end, but because they’re based on older architecture, the results above aren’t as impressive as they could be. Although, when you consider that the HD 5670 runs far hotter than the GT 240, it’s hard to ignore. AMD’s card does have a ridiculously simple cooler, however, while ASUS decked out its GT 240 with something a little more sensible. You can see above that our HD 5670 card at the top, which used a non-reference Sapphire cooler, improved the situation dramatically.