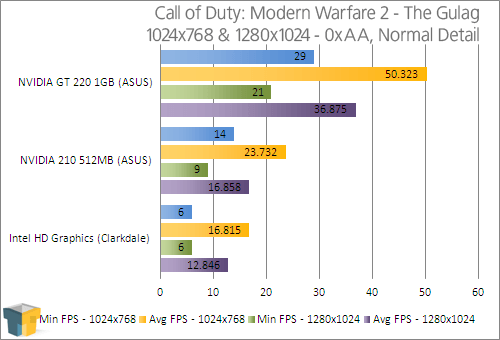 To kick things off, the 210 proves that it is indeed faster than an IGP, at least Intel’s, but the GT 220 is the dominant model. It’s far faster than the 210, and it’s proven in the graph above. 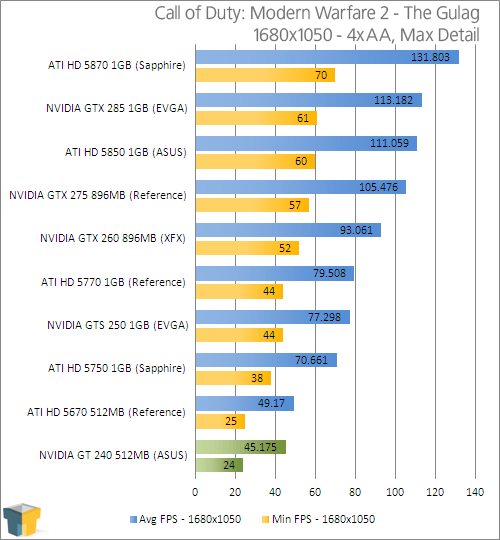 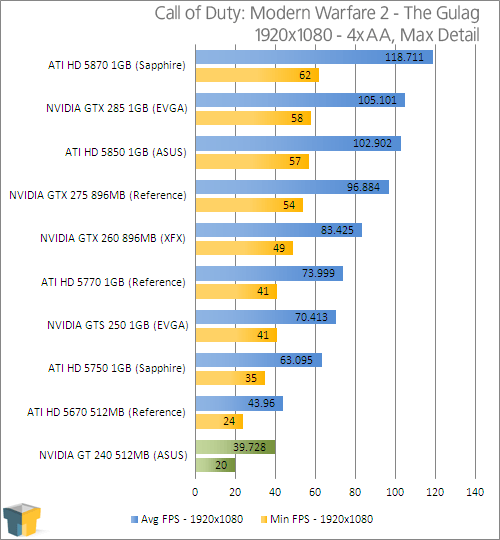 Compared to AMD’s Radeon HD 5670, NVIDIA falls just a wee bit behind. Both of these cards can be directly compared performance-wise, as both retail for around the same price and target the same crowd. For what it’s worth, though, the HD 5670 isn’t being sold for under $100 by any e-tailer that I can see at the current time, but NVIDIA’s card can be had for $85, or even less with MIR’s. But, AMD does have the advantage of improved power efficiency, Eyefinity and DirectX 11… plus it’s seemingly faster, so both cards might come out even depending how heavily you weigh various factors.

The GT 240 is quite the heavyweight when compared to the others we’re looking at. It handled the game just fine at 1080p with anti-aliasing removed, delivering a full 53 FPS. The others, including Intel’s IGP, managed to handle the game decent with low details at 1280×1024. The GT 220 clearly offers the best experience, but the others will suffice if you’re not set on silky-smooth frame-rates.