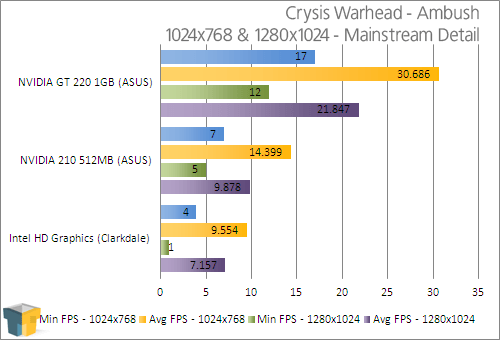 I’m sure it will come as no surprise to anyone, but Crysis on a low-end graphics card is… brutal. Is that enough emphasis? On the GT 240, it was bearable, but on the others… well, during our run, people get blown up. I was wishing I was one of those people. 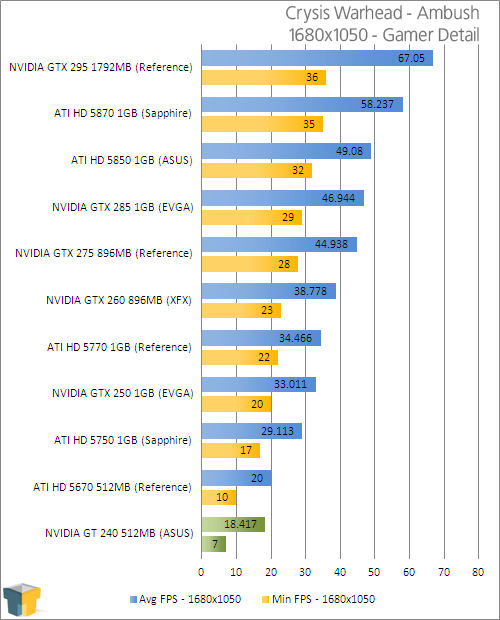 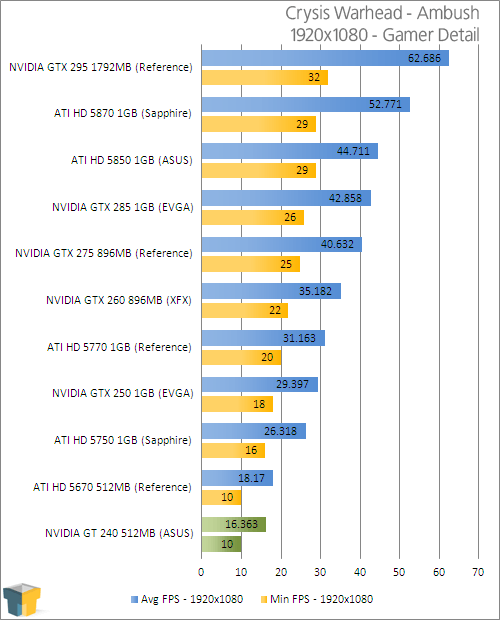 For the third time in a row, the GT 240 falls just behind the HD 5670. To be fair, AMD’s card is newer (released less than two weeks ago), but the GT 240 is NVIDIA’s only competition right now, and it’s likely to remain that way for quite some time.

Surprisingly, even though the performance on NVIDIA’s two lowest-end cards was horrible, dropping the detail settings to Minimum, from Mainstream, made a world of difference. The game sure isn’t that good to look at with such low detail, but it ran quite well, and was very playable.