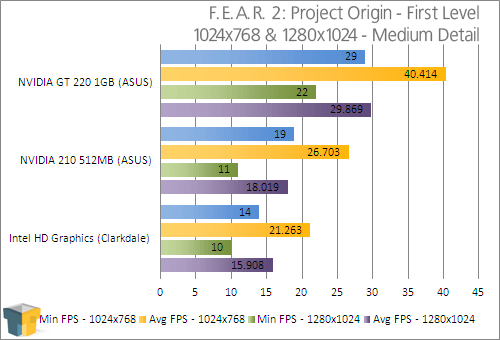 At 1024×768, F.E.A.R. 2 was fairly playable on all of our above configurations, with 1280×1024 running well on the GT 220. The performance overall sure isn’t anything worth bragging about, but for such a great-looking game, the performance we saw wasn’t too bad. 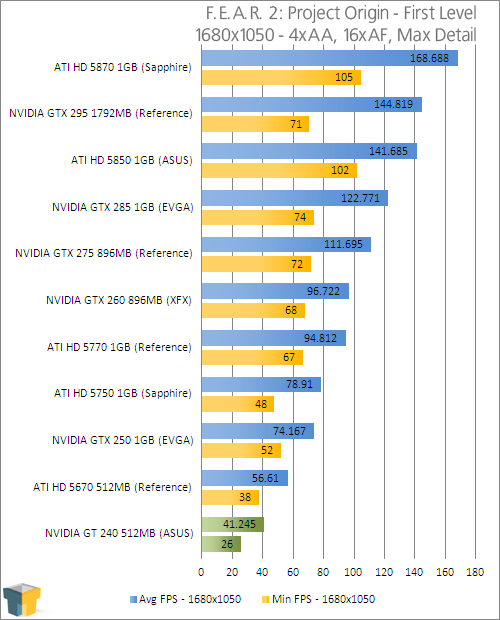 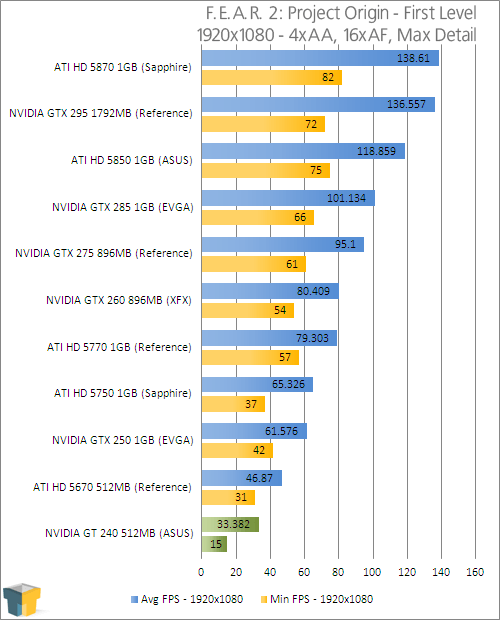 The trend continues, with our GT 240 falling well behind the HD 5670. F.E.A.R. 2, like Call of Juarez, seems to favor AMD, but the differences here are still rather stark even so.

Like some of the previous titles, the GT 240 performed well enough to hold onto the same settings we used for testing above, while the rest of the cards had to see notched-down settings before we could consider the game to be playable.