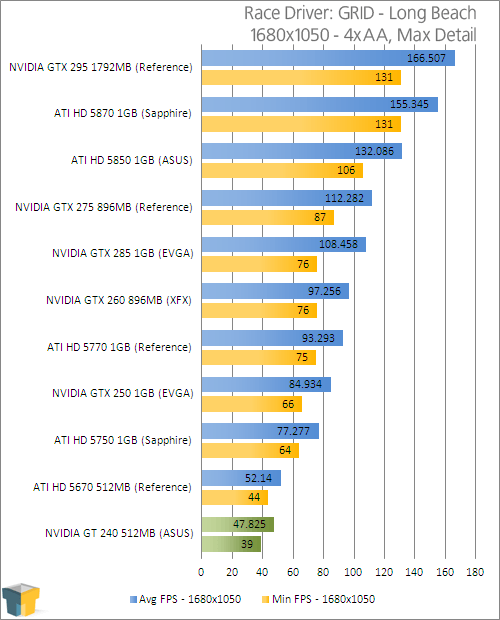 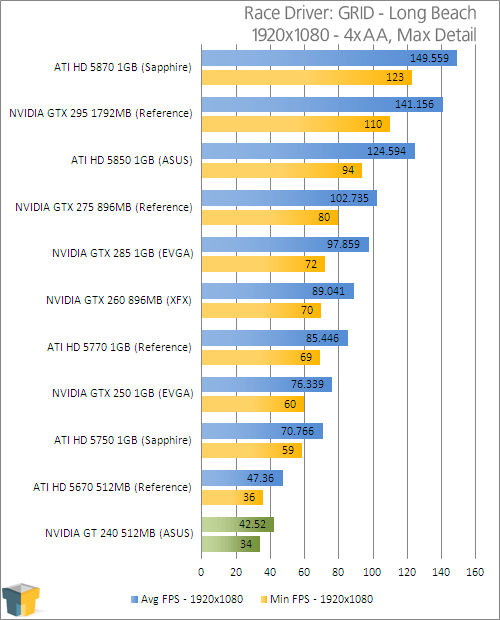 The performance between the HD 5670 and GT 240 isn’t as stark here as it has been in a couple of the tests, but it’s still rather evident. Given we’re dealing with a low number of frames to begin with, the difference of just 5 FPS is somewhat noticeable in the real-world.

The difference between the performance of the HD 5670 and GT 240 in this title isn’t huge, but I felt it played much better without anti-aliasing, so that became our best playable.