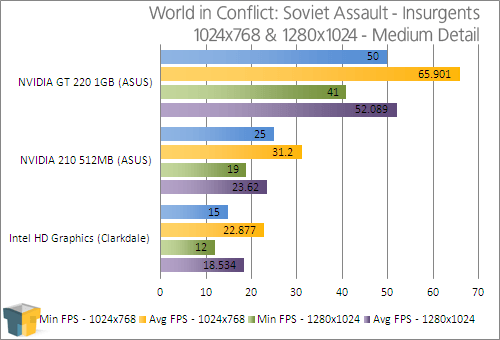 The GT 220 continues to flaunt its superiority, while both the GT 210 and Intel’s IGP duke it out nicely, with NVIDIA’s card consistently coming out on top. 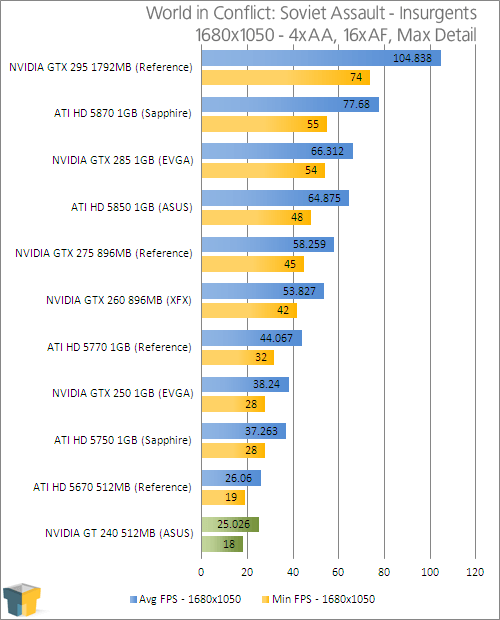 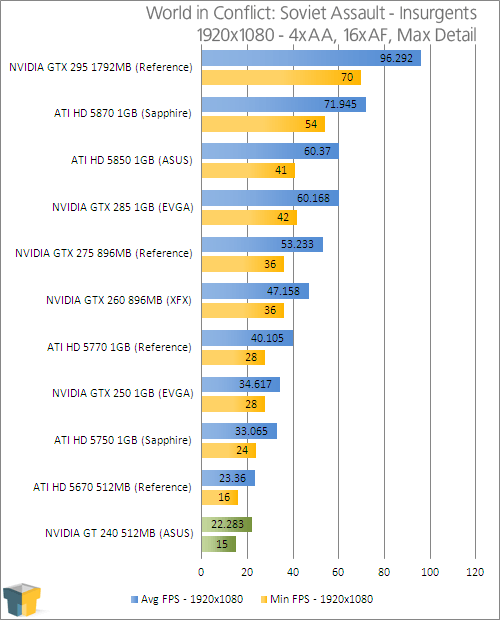 The results above are the closest the GT 240 has come to the HD 5670, so much so, that a gamer would never notice the difference between the two.

This game might look simple on the surface, but it’s hardcore on graphics. The 210 and GT 220 handled the game fine at 1280×1024, although the 210 was borderline. No one would disagree that 23 FPS is low, but in this particular title, I still deemed it playable enough to warrant the retaining of the settings.