Given the fact that this is a performance laptop, it has to be fast. However, this is not a notebook designed for gaming, and that’s evident by the small GPU. The VX1 is actually classified as a Digital Entertainment notebook, so that’s what we should expect when getting into testing.

I could not find an official specs list for this version of the VX1, so with the help of CPUID’s and miscellaneous tools I have created them here:

In addition to these parts, the VX1 uses an ASUS motherboard called the VX1. This board uses the Intel i945PM chipset and 82801GHM southbridge. The video card runs on a PCI-E with 16x link width. The ram has less than tight timings at DDR2-667 5-5-5, though that’s the stock speeds that Elpida sets. For a performance laptop though, 4-4-4 would have been more sensible!

The default resolution of the 15″ LCD is 1400*1050, which is non-widescreen format. If this is a media-type notebook, a widescreen LCD would have fit into the scheme of things better. Throughout my testing though, I came to enjoy the color and vibrant nature of the screen. No complaints at all, despite the standard resolution.

There are many extras included with the VX1, including a carrying bag, software, LCD cleaning cloth and most importantly, a bragging right. 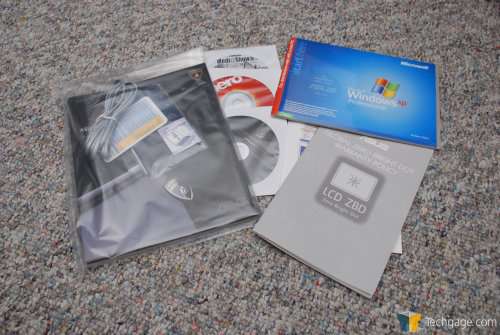 Much of the software included is standard fare. On the desktop, you will find Nero, Skype, Acrobat Reader, ASUSDVD and other programs you are likely to use. Most, if not all of the software included is what you could get easily yourself, but it’s all prepared and ready to go. The version of Nero is really scaled down so if you have the Ultra Edition, you will want to install that instead.

Windows XP Professional SP2 is included, and upon loading up Windows updates, you will be welcomed to around 50 fixes/upgrades. In terms of laptop specific software, we have touchpad configuration software, Splendid video enhancement schemes and bluetooth drivers.

One piece of software that also came pre-installed was Norton Internet Security 2006. Nothing against ASUS for choosing this software, but there are far better choices out there. This is a program I would not give to my worst enemy, because it’s… bad. After the first boot, I was unable to connect to my Wireless network for an unknown reason, and spent about an hour trying to figure out the problem. Lo and behold something was configured improperly with NIS. Uninstalling the app fixed all of the problems, however. Up until that point, I did not even run the program through the configuration wizard, so I am unsure how it affected my network.

That’s all that’s notable on the software front. Microsoft Office and other productivity programs are not included.

The mouse included is none other than a Logitech bluetooth notebook mouse. At first boot, you will need to install the Bluetooth drivers via the start menu, then setting the mouse up is a breeze. Personally, I’ve had far better luck with USB based wireless mice than I have bluetooth. This one is no exception… I found the response rate to be less than desirable. It will suit you well while on the road though. 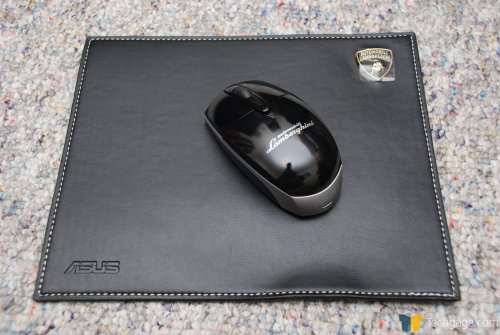 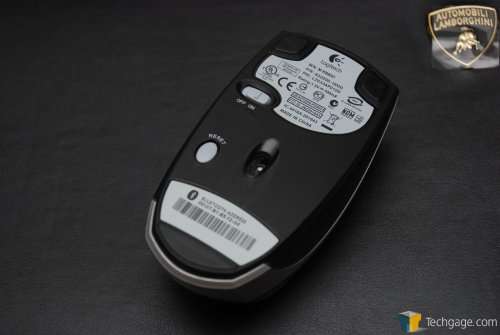 I’ll touch quickly on the bag that’s included. Without a doubt, this is one classy looking product. It’s comprised of many materials, including leather and felt-like fabric. Inside, there are enough compartments to store the laptop, the mouse and anything else you might need to throw in there. 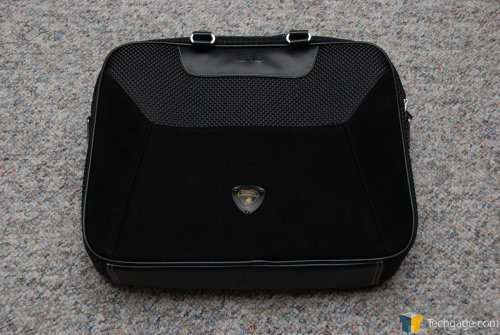 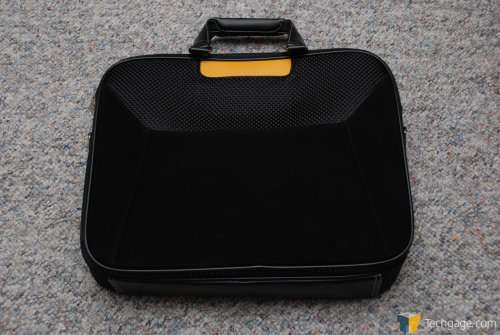 ASUS doesn’t expect you to simply toss your glossy notebook into a bag though. They have included a separate smaller bag that completely covers the notebook and protects it from anything around. If you like, you can even carry the notebook around in just this, although it doesn’t have a handle. 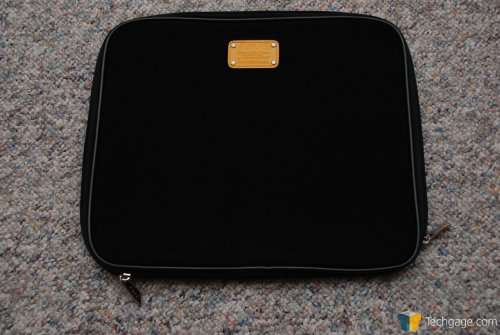 This bag was not an afterthought… this is one you will -want- to use. Great build quality and the fact that there is a separate inner bag for the notebook, that’s a nice touch.