Installation is a breeze. Plug the battery in, and power the laptop on. The first screen you will see is no surprise… the Windows setup. Here you will put in various personal details, and set up a primary or secondary user. Within a minute, you will be at the desktop ready to get things going. 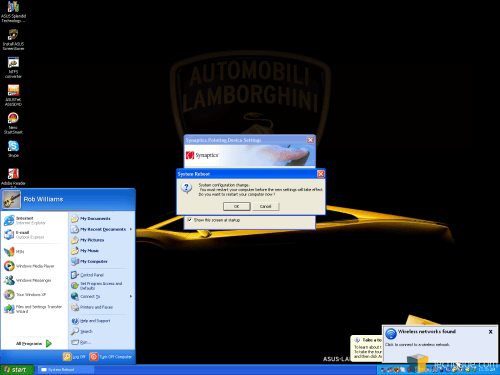 At this point, the first thing I did was check out the touchpad configuration, though the defaults suited me fine. 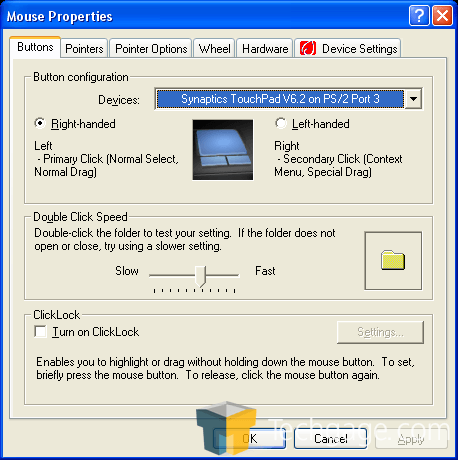 Next up was the WiFi, because it kept nagging me. Here’s where I first started to run into the network problems. Through the Intel handler, it connected just fine, but the internet would not function. 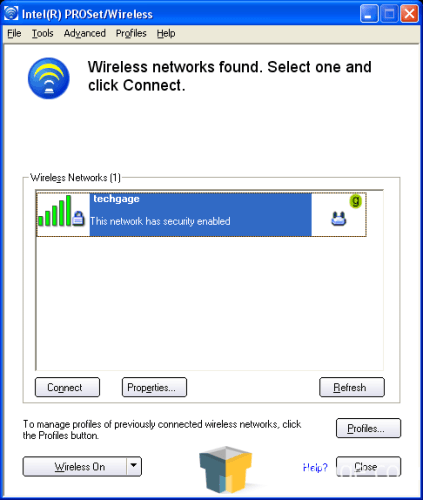 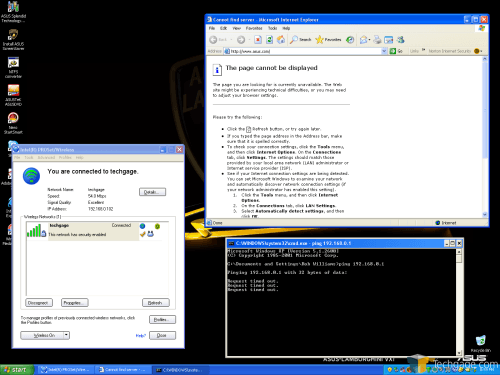 Letting Windows handle my connections proved a much better solution, as you can see. 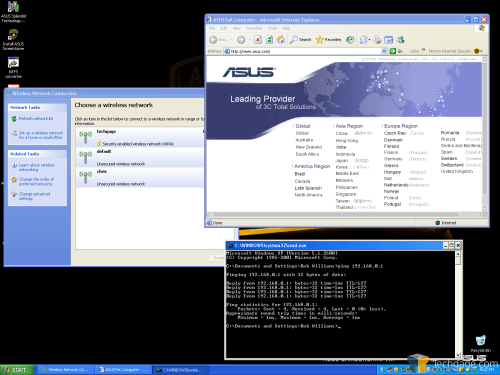 The laptop includes software called Power4Gear, which controls the different schemes. This is primarily useful for whenever you unplug the notebook, while you are on the go for instance. It will automatically change the power scheme to prolong the battery life. 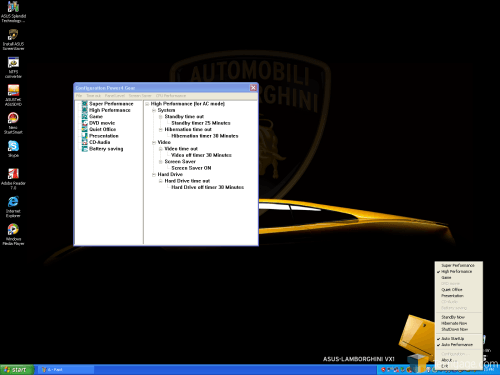 One thing that caught my eye quick was the NTFS Converter icon on the desktop. This is a simple batch file used to convert the two partitions (90GB/70GB) from FAT32 to NTFS, a file system we’ve all been in tune with since 2002. I am not sure why the drive isn’t NTFS to begin with, as it should prove a better choice. However, I tested both schemes, and we can see the results shortly. 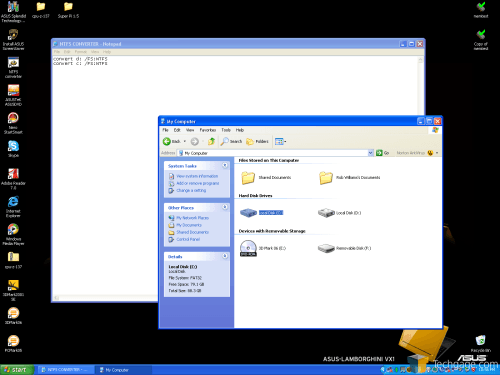 Lastly, one program that caught my eye was Splendid. With it, you can adjust your monitors color mode on the fly, from default to vivid to theater. Each one adjusts the brightness, contrast and color to better suit a given application, such as a DVD movie. For the mostpart, I kept it on vivid for gaming and normal use. 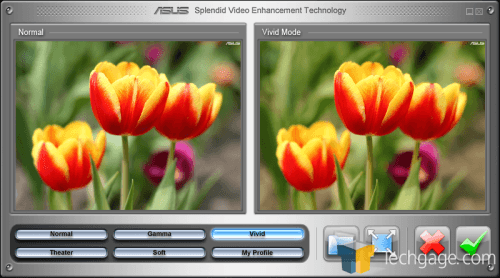 As I mentioned in the last page also, the Bluetooth mouse is not set up off the getgo. The installation pamphlet that is included, notes to right click the Bluetooth icon in the systray and to install from there. However, that is not possible until you run the Bluetooth installer from the start menu. Once you run that program, it takes around 3 minutes to install and then the mouse can be set up.

On to some benchmarks!