Whenever we benchmark PC’s for the majority of our reviews, we tend to optimise the system to the best of our ability in order to squeeze out any additional performance. Laptops are different though. They come pre-installed with a lot of software, certain partition scheme and different startup services. All of the tests performed, were completed on two different schemes:

Here are the screenshots of the default and optimized schemes: 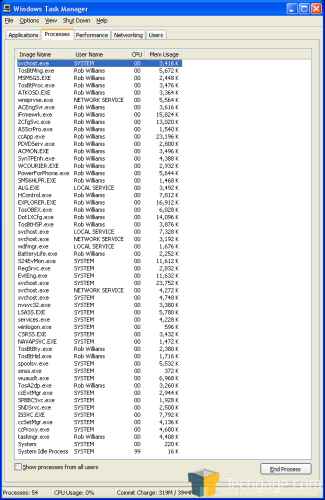 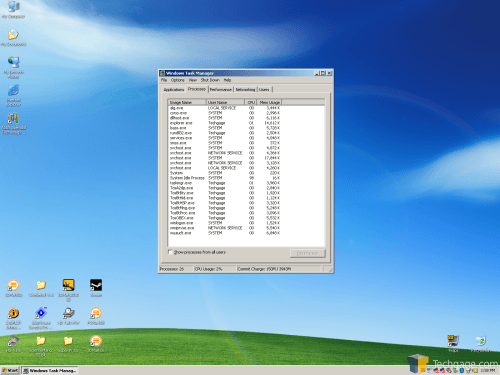 Note the sheer amount of services running in the first screenshot. On the formatted version, I closed down everything that was not needed, although left a few laptop specific services in tact, including the Bluetooth driver.

All of the comparative results will be listed as Default and Optimized, using the schemes listed above. Without further ado, let’s move on.

Though this is not touted as a gaming laptop, running 3D Mark will show off some of the capabilities. 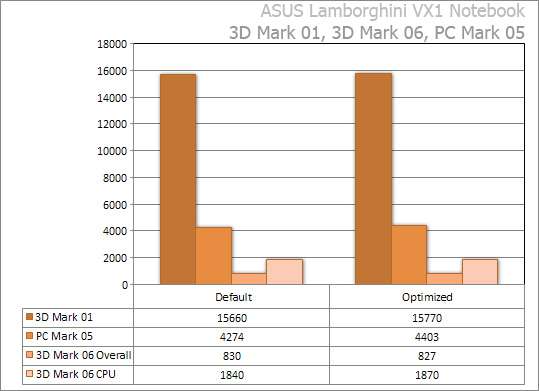 Our 01 results are not too shabby. Playing games on here shouldn’t prove to be a problem, although anything more intensive than Half-Life 2 may be asking for too much. 3D Mark 06 is poor compared to desktops, but it shined in the CPU department. No surprises here.

Since the VX1 uses the Seagate 160GB 5400RPM drive, I already had an idea of what the results here would be like. 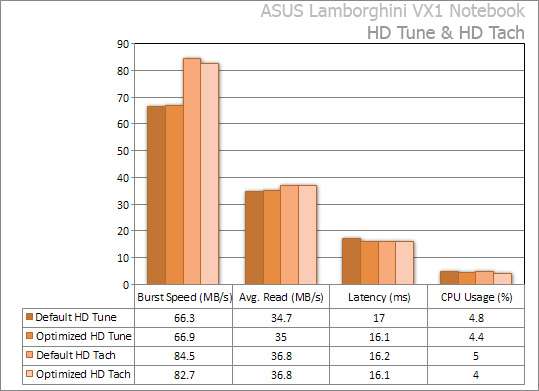 These results are right on par with the scores I received during our initial tests back in March. 34.7MB/s is not too shabby for a notebook hard drive at all.

Thanks to the Core 2 Duos architecture, Super Pi records are being set all the time. Whereas my two year old Dell Inspiron with 2.8GHz P4/HT could muster 1 Million in 45 seconds, the VX1 smashes through all the digits in only 24.156 seconds. Once the notebook was optimized, the results were not that far different. 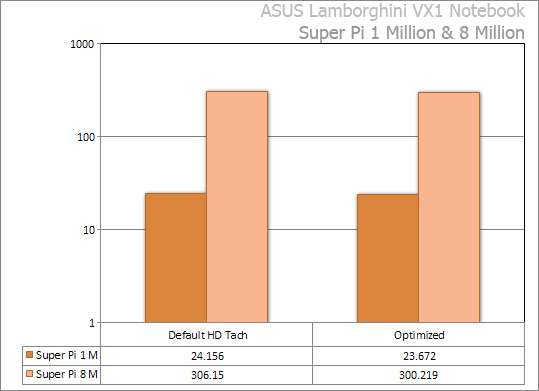 Sandra is another benchmark that shows off the true potential of C2D. The Multi-Media scores are through the roof! 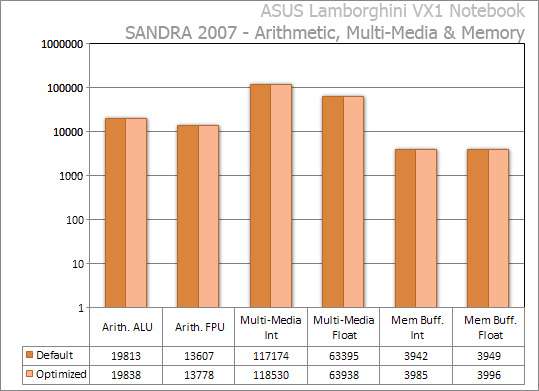 Thanks to the slower mobile DDR2, the bandwidth results are far from being impressive. But, from a notebook standpoint, they are not too bad. Given their very loose timings, I had expected a tad worse.