Along the top of the notebook, you’ll find both a selection of buttons and status LEDs. The buttons included represent the performance mode, touchpad enable, color correction and media. The LEDs show relevant status information, the most important being the battery-life. The only button on the top-right-hand-side is for the power, which lights up with a white LED. 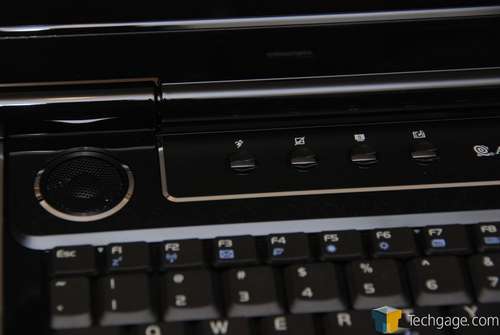 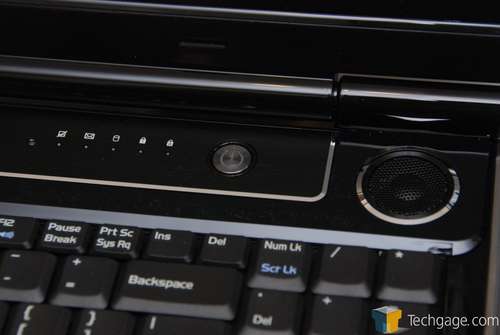 On the left-side of the notebook, a spot for an antenna can be found, for TV or FM radio, although an antenna is not actually included. Also here are two USB ports, a Firewire, memory card slot and the BD-ROM. 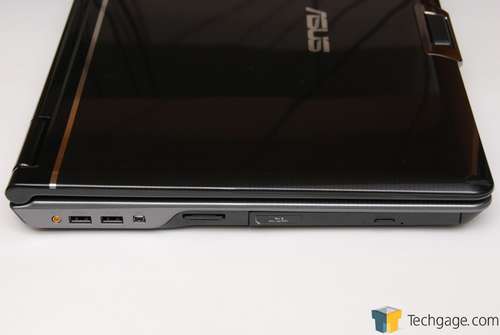 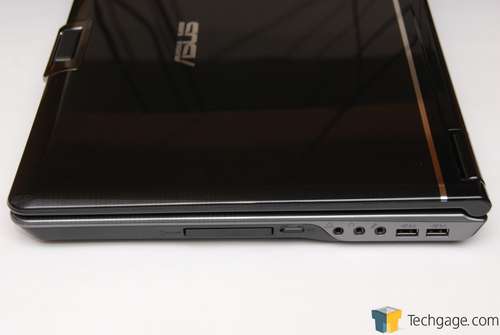 The back features an AV/S port, HDMI, e-SATA, VGA, modem, LAN and a Kensington security lock. The AV/S port requires a separate accessory, which will convert S-Video or Composite video to something the notebook can understand. No adapter is included here, although future models may. 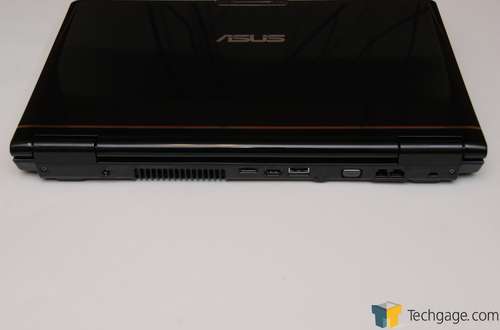 There doesn’t seem to be a notebook today that doesn’t include a webcam, and the M70Sa is no different. The resolution seems a bit low, though, at 1.3 megapixel, whereas competitors models are now offering in excess of 2.0 megapixels. 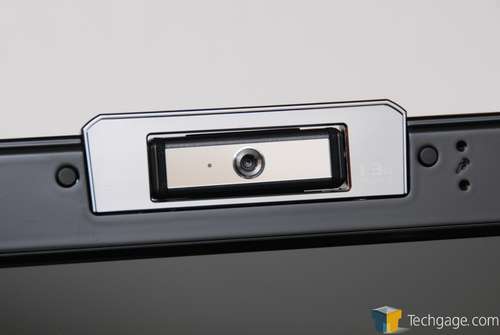 In way of accessories, a branded notebook mouse is included, along with the power adapter, cable tie, manuals, CD’s, phone cord, monitor cloth and various other pamphlets. 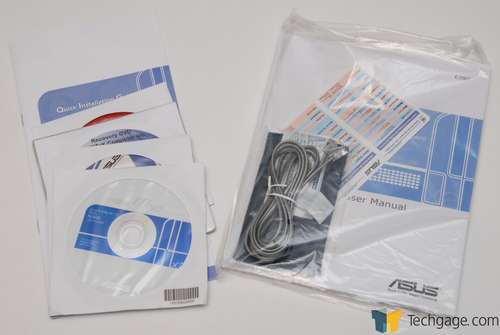 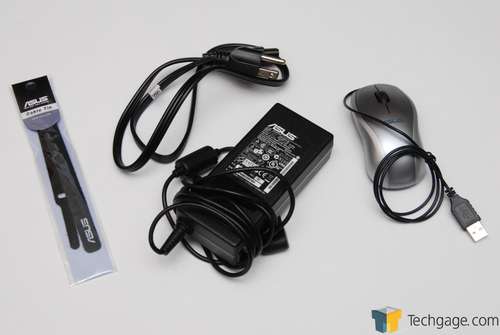 The back shows off the many ventilation points as well as the subwoofer. Notebook sound is never going to (likely) compare to external speakers or headphones, but this is certainly one of the better ones I’ve touched in a while. 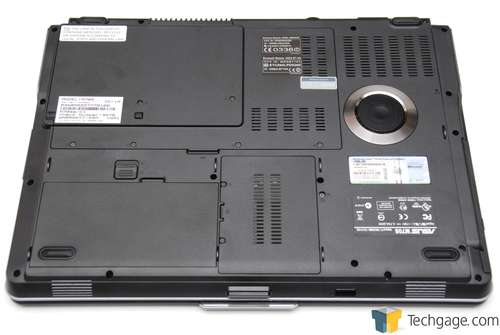 The overall design of the M70Sa is good, and nothing strikes me as requiring improvement. It’s a large notebook and in turn offers a lot of functionality, including a full numpad. To add to it, the touchpad proved easy on the finger after a few hours of use, and the left and right ‘mouse’ buttons were equally easy to use. No complaints here, so let’s head into a look at the installation and software.