Installation of the M70Sa was about as easy as it could be. After the first boot-up, I was required to enter my name, then choose some minor Windows Vista details, such as a wallpaper. After that, the computer took about ten minutes to finish setting up, after which I was left with the following desktop: 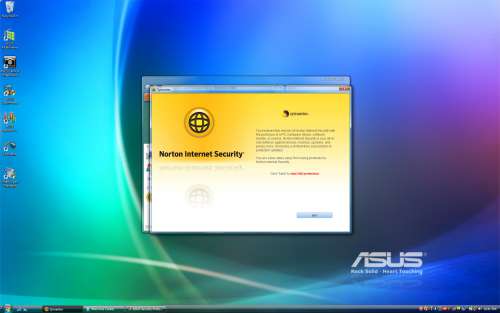 There is really nothing at all different between this any all of the other ASUS notebooks I’ve taken a look at. Most of the notebooks include the same applications and all include Norton Internet Security. Below, I show a screenshot of everything that is installed, straight after the first boot: 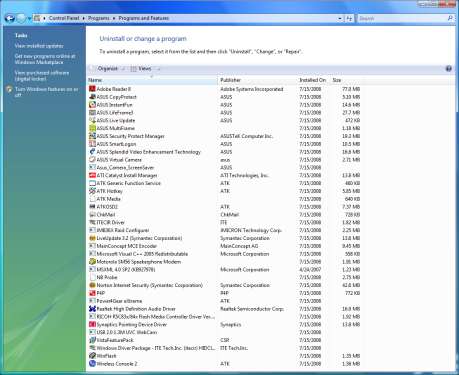 There is a LOT of software installed, and in some regards, it could be considered ridiculous. But ASUS makes up for it thanks to the fact that most of it is their software, and most of them are applications most people might actually find useful. It’s Norton IS, P4P and Adobe Reader that some may choose to uninstall.

Here is a quick run-down of the included ASUS software and what it does:

Below is a screenshot of both CopyProtect and InstantFun. 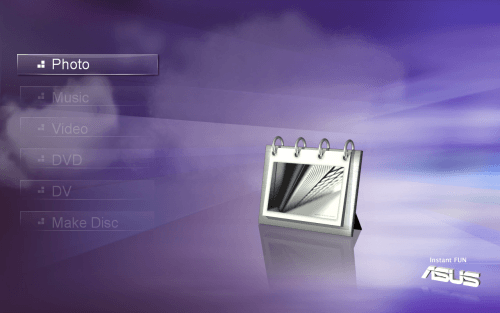 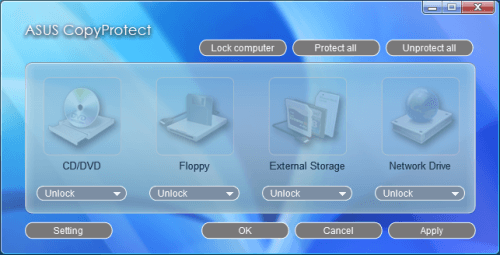 Next up, battery-life tests and performance testing.