The M70Sa is the seventh ASUS notebook that I’ve reviewed, and it continues the tradition of a ASUS’ high-quality products. As I have mentioned in previous reviews, it’s a rare occurrence when I receive an ASUS product and am left upset, and their notebooks are especially safe in that regard.

The M70Sa is one heck of a notebook, any way you look at it. Though it’s not touted as a DTR, it very-well could be for anyone who wants to chuck their desktop. The important thing to note is that this is not designed for gaming. While we did get moderate performance from all four of our games, a beefier GPU would be desired for any serious gaming you plan on doing.

From a features standpoint, this notebook doesn’t lack much at all. It includes a super-fast Intel T9300 Core 2 Duo at 2.5GHz and 4GB of RAM. The latter is a little odd since a 32-bit OS is pre-installed, so that’s one gripe I have. It’s understandable, however, since many would rather such an OS since 64-bit offerings could prove troublesome for certain hardware. Personally, I wouldn’t hesitate to recommend an upgrade to 64-bit Vista. I’ve had far better luck with that than the 32-bit, in terms of stability.

If you happen to have a 64-bit Vista CD around, you could easily reformat using it, and then activate using the key that was included with the notebook… they are normally backwards compatible, and have been in all my personal tests. 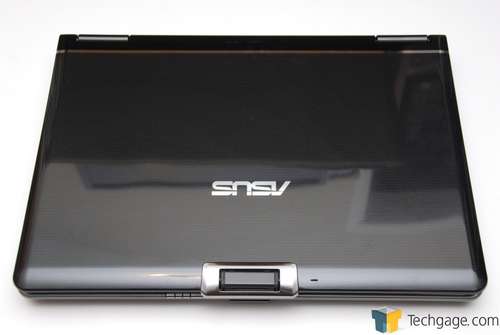 Aside from the CPU and RAM, there is a staggering 1,000 GB worth of hard drive space. That figure personally throws me back, because it’s truly amazing to picture that much space in a mobile product. When I bought my first notebook about three-and-a-half years ago, it included a 60GB hard drive, and at the time, I loved it. So to be able to fit 1TB worth of space in a notebook nowadays, is nothing short of incredible.

Performance-features aside, the notebook includes a gorgeous 17″ monitor capable of 1920×1200, and while not the absolute crispest display I’ve laid my eyes on, it stands up there as one of the best I’ve used. Blu-ray movies look fantastic with bright colors and dark blacks and really sharp image quality. I watched the previously mentioned Fifth Element on it one evening and thoroughly enjoyed it.

There is also a wide-range of connectivity options here also. For networking, there is WiFi, using the Intel 4965AGN, as well as a modem and LAN port. Peripheral-wise, there are four available USB ports, one Firewire, an e-SATA, HDMI, VGA and a TV Tuner port. The HDMI is a nice touch, and I had the opportunity to test that feature out in a hotel earlier this month. I had absolutely no issue plugging the port into the TV (rather, the strip on the wall), and watch Face/Off with little issue. At first, I received a warning about an unencrypted link, but restarting WinDVD somehow fixed the problem. 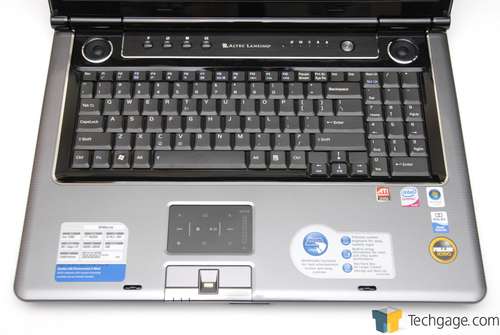 I mentioned that this unit didn’t include a TV Tuner, and I’m unsure why. However, after talking to ASUS, it seems that all such models will include one at retail. I believe I have a slightly older model, and probably an ES that was finalized before the actual options were on paper.

I was also told that this particular model would be phased out soon to be replaced with the M70Vm-C2. The price and overall specs will be very similar, except with a few notable changes. The GPU will be swapped with an NVIDIA GeForce 9600M GS, while the Intel T9300 will be replaced with the T9400. Lastly, Vista Home Premium will be upgraded to Vista Ultimate… all for the same price of $2,399.

Earlier, I said that the $2,399 price tag here was actually reasonable, and from what I can gather, it is one of the best-priced notebooks in its class. Taking a trip to Dell and configuring an M1730 resulted in a notebook that cost $500 more, but lacked the 1,000GB worth of hard drive space. I couldn’t find any other manufacturer that offered a robust notebook with Blu-ray support to come anywhere close to this one either, so ASUS might very-well be leading the pack in some ways here. If anyone knows of other manufacturers to offer similar notebooks for around the same price, please let us know.

The M70Sa is a great notebook and one very worthy of consideration if you are on the lookout for something that’s extremely feature-packed, offers a gorgeous resolution and of course, offers Blu-ray support. Just be on the lookout for the M70Vm-C2, since it will very-likely be out soon and will be worth the minor wait.