One growing trend in motherboard design is the inclusion of horizontally mounted S-ATA ports, allowing you to plug the drives in on the side instead of from the top-down. This is beneficial as it allows you to better keep your cables tidy, plus, it looks better. 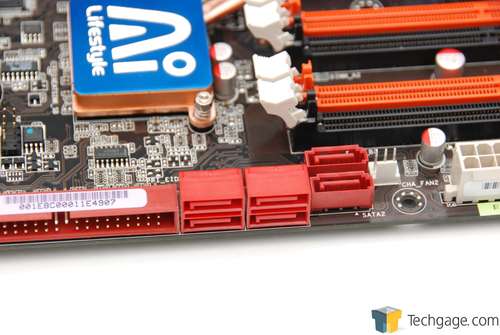 Like the Deluxe version of the board, this one also uses DDR3 memory. Because of the X48 chipset, the native speed supported is DDR3-1600, which would perfectly match the QX9770 or any overclocked CPU to 400MHz FSB speeds. 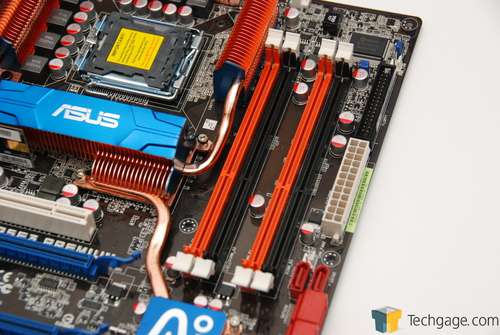 Unlike ASUS’ other gaming-oriented gaming motherboards, this one includes a lone PCI-E 1x slot, due to the onboard WiFi card hogging the top spot. I don’t think this will affect too many people though, and even if it does, all PCI-E 1x cards can be plugged into an unused PCI-E 16x without issue.

Crossfire is natively supported and can be set up using two or three GPUs. For legacy support, dual PCI slots are included. Other connectivity options line the bottom, such as USB connectors for your chassis. 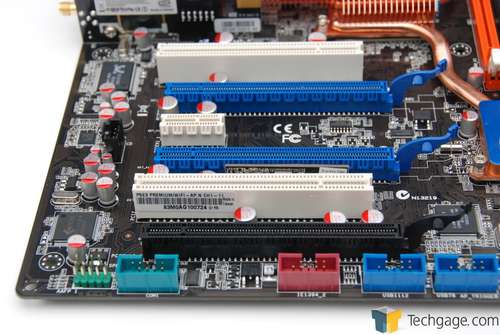 As mentioned earlier, the Premium, like most higher-end motherboards, is passively cooled with the help of a lot of copper. This results in a heavy board, but an efficient one. 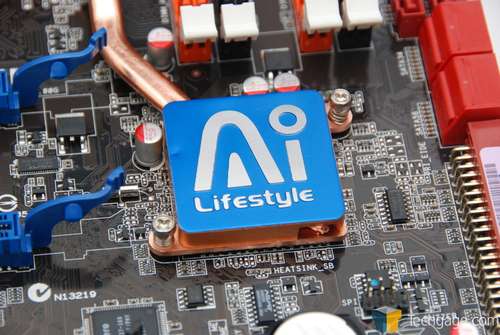 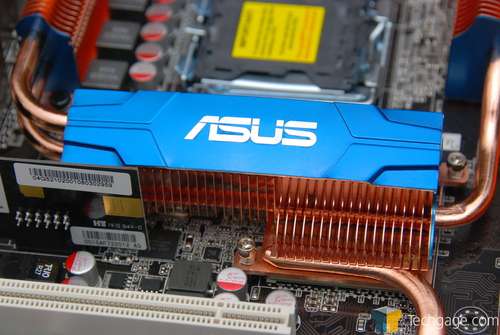 I still dislike the blue color, but overall it’s a fantastic-looking cooler. Almost too good to install, perhaps. 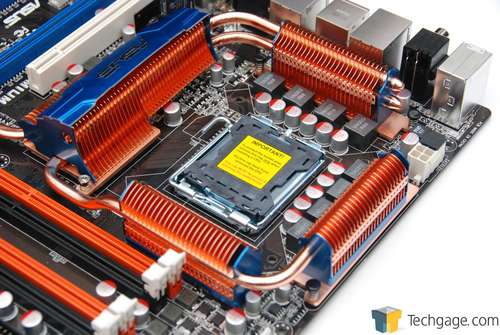 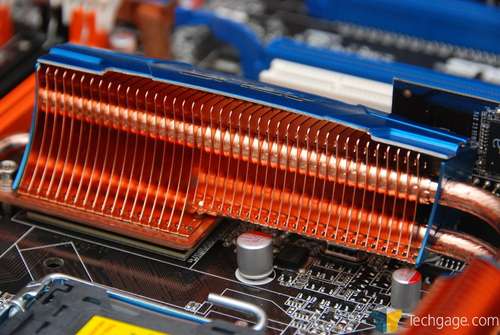 On the side is a keyboard PS/2, six USB ports, two e-SATA, S/PDIF outputs, Firewire, dual LAN, audio ports and of course, the WiFi connectors. 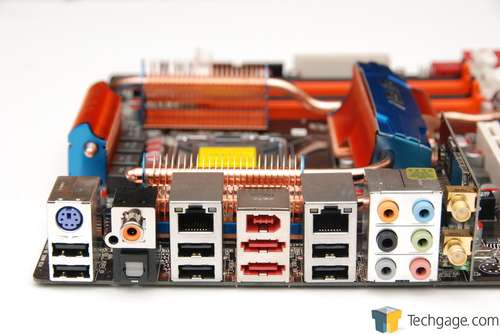 The P5E3 Premium sticks to it’s feature-packed nature with included accessories. There are so many accessories included, that it’s actually difficult to fit all back into the box, if for some reason it needs to go there.

Besides the usual, the board includes the dual WiFi connectors, two because of the 802.11n technology, two chipset coolers, Q-Connector (makes it easier for chassis connections) and also an add-in port for Firewire and USB. Installing that on top of your chassis USB ports would allow you up to 10 USB ports… likely to be more than enough. 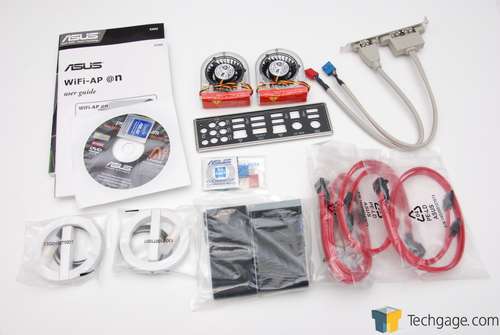 Of all the accessories included, the chipset coolers make no sense to me. I couldn’t find a way to actually connect those to the chipset heatsink, and to me, it’s pointless to include them. Even with big overclocks, the massive cooler keeps rather cool overall, so even if they did fit, they’d have little use.