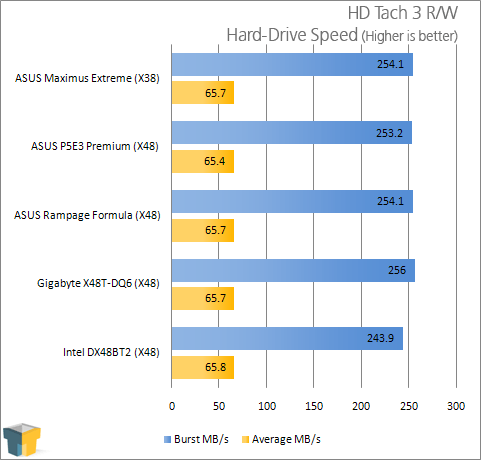 Differences so small, it almost hurts to contemplate them. 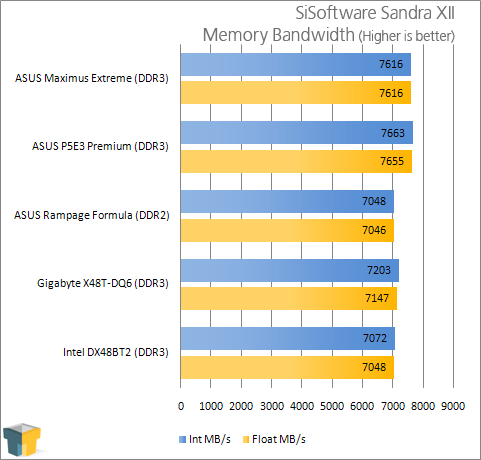 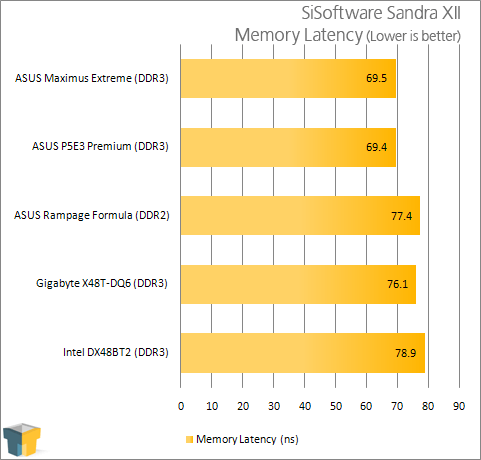 Surprisingly, memory is one area where differences are seen between boards. In this case, both the P5E3 Premium and Maximus Extreme excel, in both bandwidth and latency. The other boards hover around the same. Overall though, these differences are all rather small and would show little difference in real-world tests (as we’ve seen).