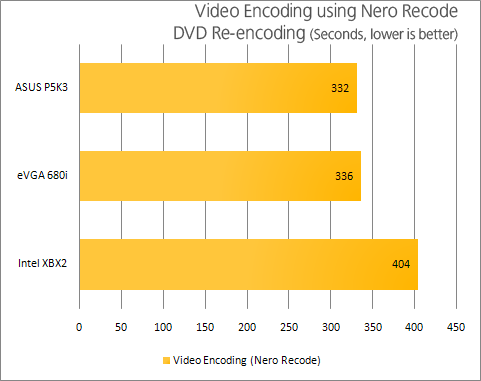 It’s not surprising to see the P5K3 and eVGA board so close in the results, but the XBX2 fell far behind. On that board, I ran the test twice with a reboot in between to verify the result. 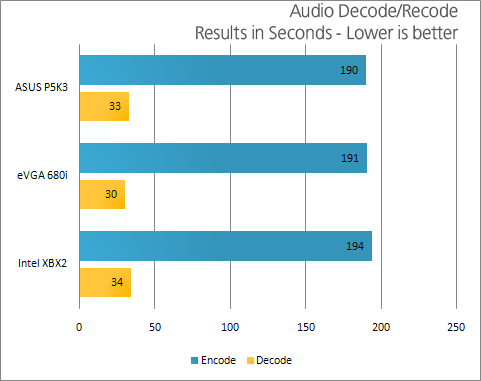 The P5K3 fell slightly behind with our decode tests, but gained speed for our encoding tests. In the end, the results are incredibly close all around. 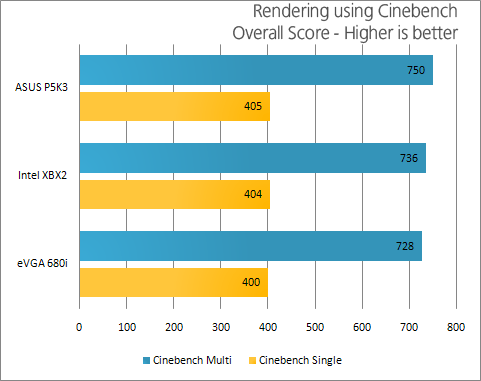 Cinebench is used to evaluate a systems performance for this kind of scenario, by rendering a high-resolution image. This test relies heavily on CPU power, but even so, the results vary quite a bit in multi-threaded mode. Again, the P5K3 board gave us a higher score than the others. 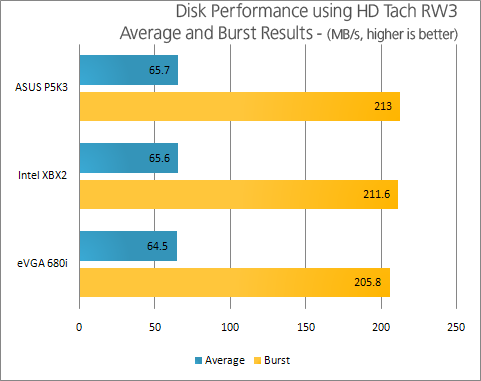 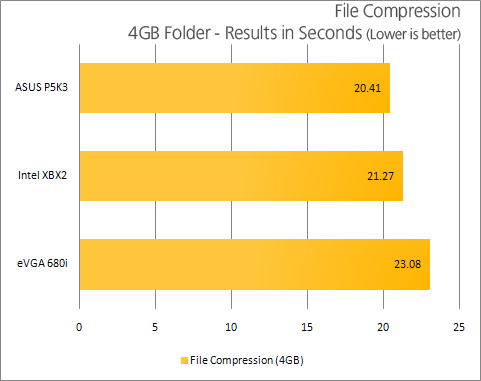 I don’t think it needs to be said, but the P5K3 once again outperformed the other two boards we used during testing. The File Compression test was the most impressive, as it proved about 5% faster than the Intel XBX2.

No motherboard review is complete without gaming tests, so lets get right on it.