One of the main selling points of this board is the fact that it includes a WiFi card. Not only this, but it can act as an access point, should you find yourself with that particular need.

Once the driver is installed, you have an immediate choice of creating an access point, or simply connecting to one. 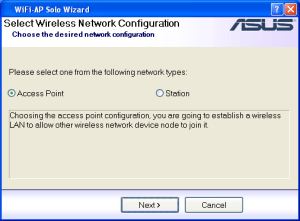 If you are attempting to connect to an Ad-hoc, you will need to specify it here. 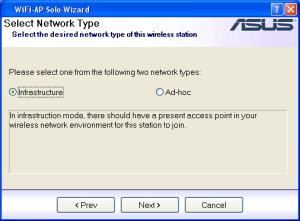 The software quickly picked up on the appropriate network. 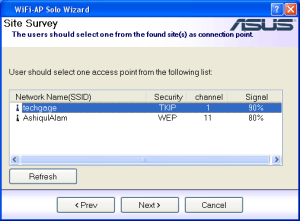 If you have a basic network, you can simply type in your security key here. I hate the fact that it forces you to input it twice… there is no need. 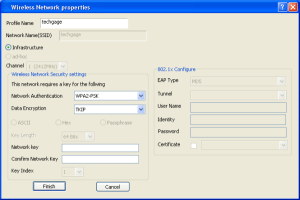 The following screen asks for specific info, but if you are behind a DHCP connection, you should be fine to leave it alone. 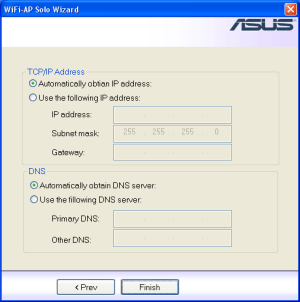 After I was connected to my network, I pinged the router to gather ping times. Happily, throughout all of my pings, it was <1ms always. 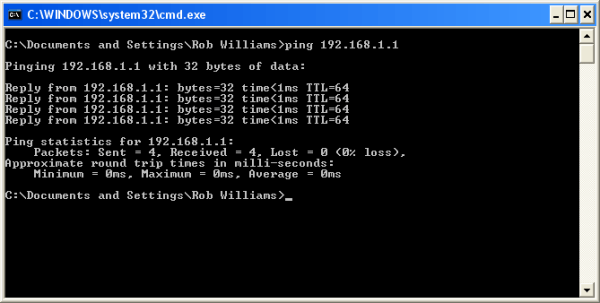 As a quick test of the networks performance, I copied over a ripped DVD from my primary computer (Linux) to the Windows one, via SAMBA. Though I did not allow the transfer to finish, it never decreased below 1.4Mb/s, which has been the norm for me with other wireless cards as well. 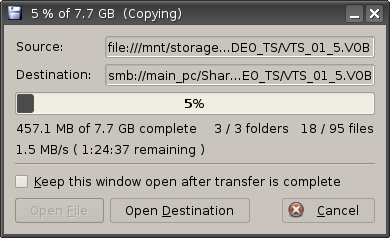 Compared to a wired connection, it’s quite slow. So copying over files from one PC to another will be a chore, as you can see in the picture above. If streaming video is in your game plan, then you should be ok as long as it’s not high-definition content.

To test those capabilities, I used the same DVD rip as earlier, and streamed it from my Linux PC to the Windows rig. I let the entire concert play, and there wasn’t a single hint of lag. This is not surprising, since DVD bandwidth is quite low (>400Kb/s).

However, high-definition content will most certainly cause a problem, since it requires far more available bandwidth… between 1.3MB/s and 1.8MB/s for content encoded to 720p. I performed two tests here, using a 3:10 long Team Fortress 2 trailer that weighs in at 260MB.

I first tried to play it on my Linux machine running it from the Windows machine, and also running the video on my Windows machine with the file on the router. Both instances proved very unreliable, and were laggy within seconds of the video starting.

This is not uncommon with wireless networks though, and I’ve never had one perform better than this. Draft N might change that up a bit though. But as it stands, streaming high-definition content is a big no-no, but streaming anything else is fine.

In addition to normal software that’s included with most motherboards, the ASUS AI boards includes the AI Suite which consists of various tools, which we will touch on here. This suite combines a few different tools into one, most notably an overclocking tool. This makes overclocking in Windows a breeze, and saves from having to constantly reboot. Reboots will be necessary if you are attempting a substantial overclock however.

The following image is the primary screen you will be dealing with. You can see that the motherboard has already lowered my CPU clocks multiplier in order to save a little bit of power.

Among overclocking abilities, you can also put the computer into quick sleep mode using AI Nap, change the power saving mode with AI Gear 2, and change overclocked settings on the fly. AI Nap essentially doubles as a sleep mode, putting the computer into a deep sleep state, requiring only the tap of a key to come back out of it.

AI Suite is a great tool for those who enjoy tweaking, but enthusiast overclockers will definitely want to stick to the BIOS for the majority of their overclocks.