Does this look like a budget board? Yes, and no. It appears feature packed, but there is a lot I’d change. 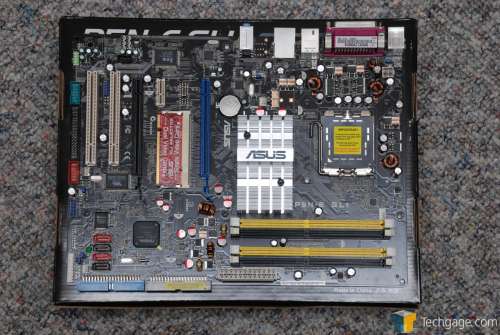 Since there are two IDE connectors, one should be higher and the other lower. The only IDE device I have is a CD-Rom, so I have to stretch the cable past many other cables to reach the destination. There appears to be sufficient room on the tip of the board for one. One thing to note though, is that there is NO connector! I have not personally used a in years, so I am surprised that they are still included on near every motherboard available. The only time I’ve used a in recent memory was for a GPU bios update, but that can be done with a USB drive. Regardless, I’m glad to see a board without one finally. Although, that massive pink printer port is still there, so that’s kind of an oxymoron?

Dec 27th edit: There is indeed a floppy connector. I am either half blind or had a drink prior to writing this review. – Rob

You’ll also notice that there is a SLI card you will need to flip in order to enable support. Many people seem to hate this method, but I don’t really see it as a huge problem. It’s a one time thing, more often than not. 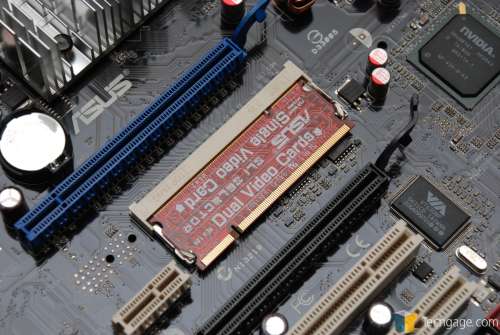 The northbridge is kept cool by a passive heatsink. I’d would have loved to see a fan on this though, because it gets -very- hot with a lot of overclocking. 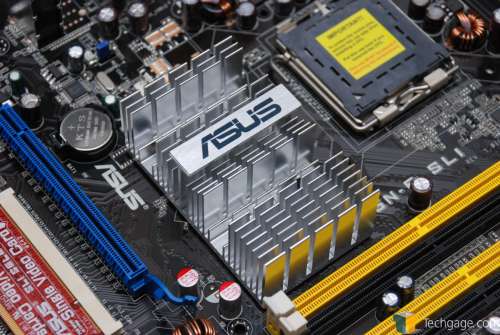 That’s not half bad though, when you see the MCP chipset doesn’t even have a heatsink at all! I can assure you though, that even during heavy overclocking this does not seem to get -that- hot. I still have my fingers to prove it. However, a heatsink would have been a nice addition. If you plan to do a lot of overclocking, pointing an 80mm fan towards it may be the smart thing to do. Or purchase a $5 chipset sink. 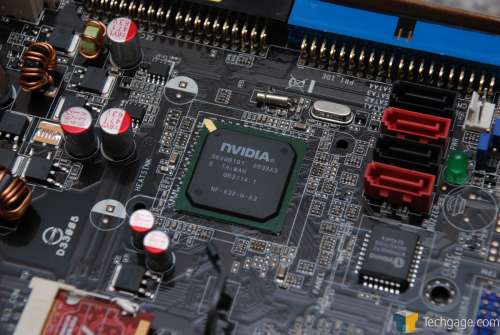 Here is the VIA chipset that handles the firewire operation. 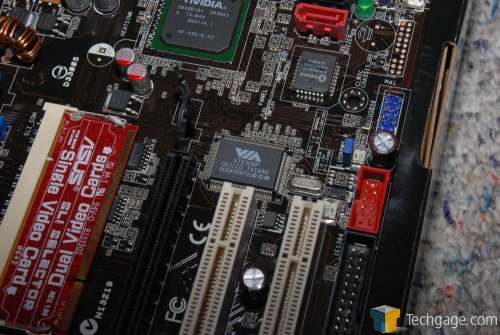 As we see on most current motherboards, this one also includes the ITE IT8718F-S monitoring chip. 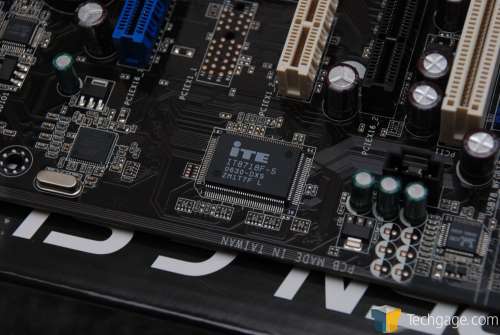 If you plan to use a beastly GPU card in SLI, prepare to lose one of your PCI slots. 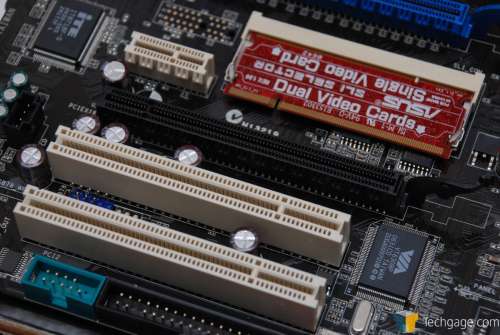