All four S-ATA ports are located in the same place, right above the ATX connector port and beside the first IDE port. This allows easy reach to your drives regardless of where they are located. 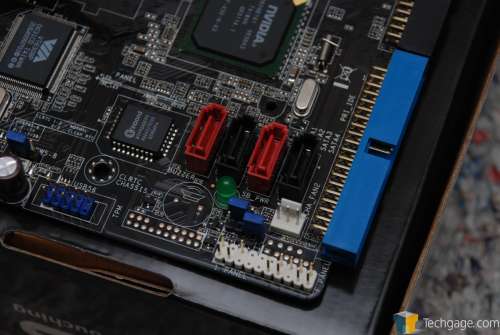 Close up of the main caps. 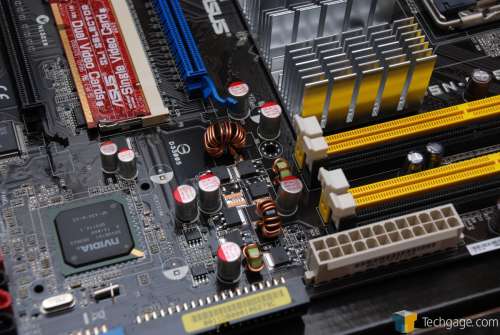 The top right corner of the board is where the DIMM slots are found. I like having them in this location, because it makes it easier to mount a cooling fan for overclocking. Your situation may be different however. 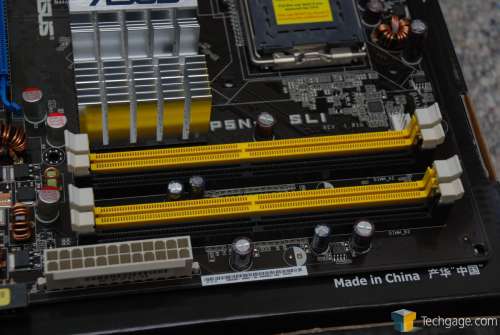 There are many caps surrounding the CPU socket, with two directly behind it. Those -may- get in the way with various heatsinks, so be sure to keep that into your equation when considering this board. I use simple water cooling, so a block isn’t any larger than the socket itself. Cooling was apparently not a huge priority on this board. The PWM has to fend for itself. 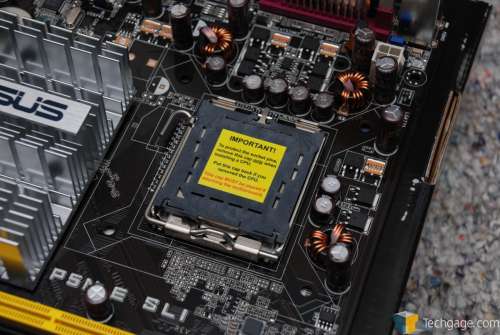 Here you can see all of the available ports on the back. We can see that we have only 4 USB ports to deal with, along with a firewire. There is also an eSATA port for those of you with an external drive. 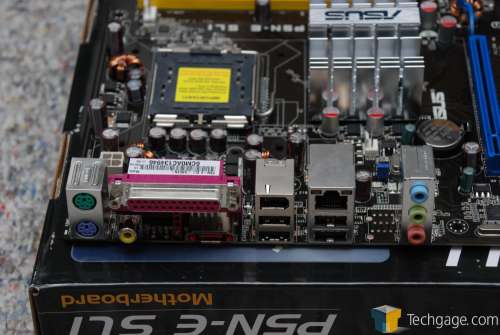 Let’s boot up, and take a look at what the BIOS has to offer.