There is no better way to evaluate a system and its components than to run a suite of real-world benchmarks. To begin our testing, we will a popular benchmarking suite that emulates real-world scenarios and stresses the machine the way it should be… by emulating tasks that people actually perform on a day to day basis.

SYSmark, from Bapco is hands-free, using scripts to execute all of the real-world scenarios, such as video editing and image manipulation. Each one of these suites output easy-to-understand scores once completed.

SYSmark grades the overall performance of your system based off of different criteria, but mostly it will depend on how fast it could complete certain tasks and handle multi-tasking. Once the suite is completed, five scores will be delivered, one being the overall. We dedicate an OS and hard drive to this test in order to keep the environment as clean as possible. 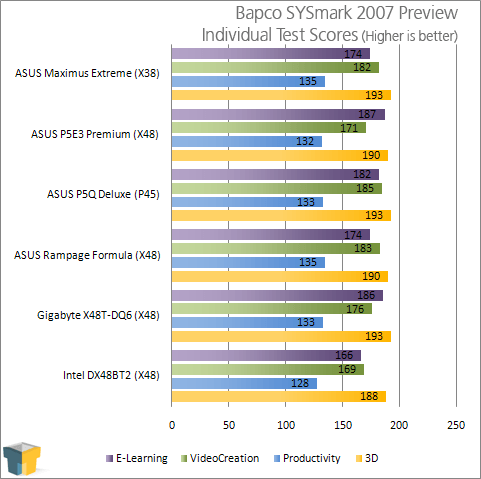 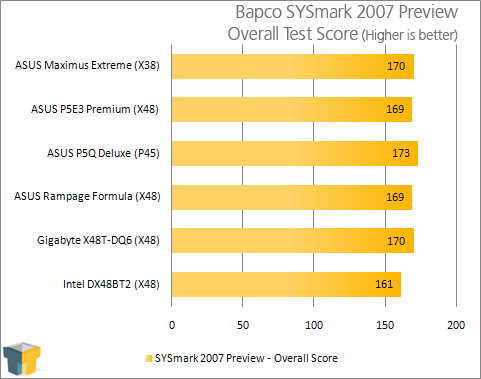 All of the boards performed well, with the exception of the lowly Intel board. Our P5Q board consistently received higher scores than the rest (we re-ran the entire three-run suite three times over to verify) – a good sign.