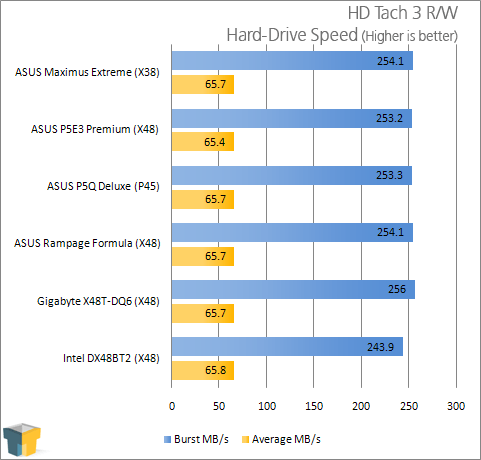 Again, the differences are incredibly small here, and differed on each run, so neither board can be declared an actual winner. This, as always, is a good thing. 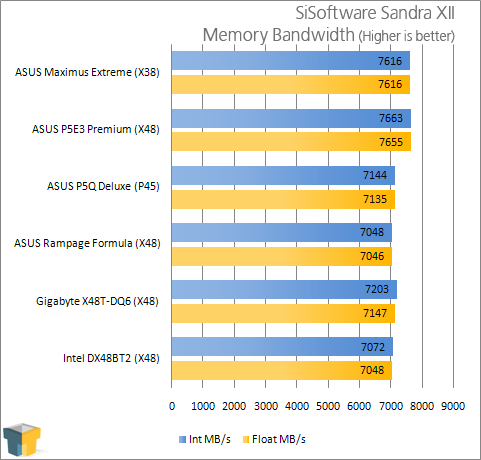 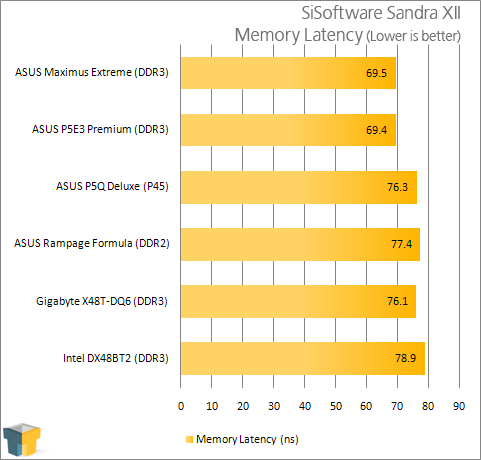 Surprisingly, memory is one area where differences are seen between boards. In this case, both the P5E3 Premium and Maximus Extreme excel, in both bandwidth and latency. For DDR2, the P5Q proved a wee bit faster than the Rampage Formula.