When I first received the P5Q, I expected amazing things with overclocking, but was surprised when I found this board didn’t keep up to the X38 and X48 boards I’ve been toying with lately. There could be a few reasons for this. One, I might have a less-than-perfect board, which is actually a good thing.

Another reason might be that P45 is not designed with the hardcore enthusiast in mind like X38 did, so 500MHz overclocks might not be all that popular. Until I am able to benchmark the Gigabyte board (when it gets here), I’ll be unable to conclude on that. 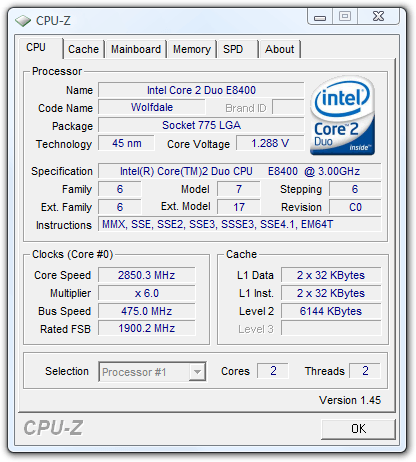 With the E8400, I was not able to go beyond 475MHz, regardless of voltages. I found this odd, though, because up to 475MHz, I didn’t have to touch voltages whatsoever. Everything was set to auto, except for the memory and CPU, which I manually set in order to keep benchmarking results accurate from board to board.

This was a huge contrast to what I’ve been used to. Most of the X38/X48 boards could hit 500MHz with reasonable Northbridge voltages.. but not here. So for the “ultimate” in overclocking, X38/X48 may still be the best bet. Our power consumption tests is where things got interesting. We knew that P45 was more energy efficient, but these differences are nothing short of substantial. We saw an average of 33W less at full load when compared to the other boards, and 13W less at idle.

Here’s where things are complicated. Is Intel’s P45 to thank for this, or does ASUS’ EPU technology also play a part? I queried ASUS about this on more than one occasion, but never received a response, so I’m somewhat in the dark.

We are still awaiting shipment of our Gigabyte P45 board, but once it arrives, we will be able to better figure out what’s causing the power improvements. It could be that Gigabyte’s DES might prove even more efficient than ASUS’ EPU… hard to say until we can pit them head to head.

But regardless of what’s causing the improvements, we saw a clear drop in overall power draw, and that’s all that matters. Hopefully boards that don’t feature EPU but do contain a P45 chipset will deliver similar results.