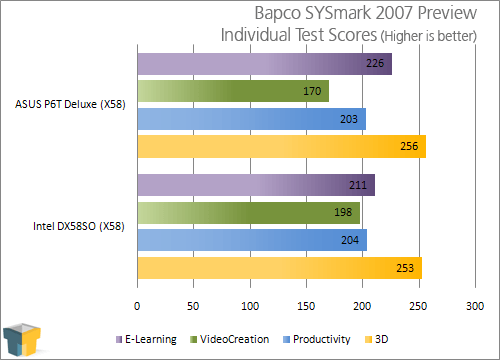 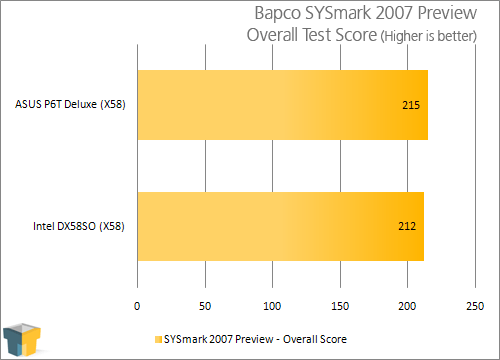 These graphs might look a bit odd right now, but soon enough we’ll be able to put many different X58 boards through the ringer and see how things compare on a grander scale. Between these two though, the Intel board comes out on top overall, but by a very slim margin. The two tests to make any real difference between the two were the E-Learning and VideoCreation, where the advantages flip-flopped.