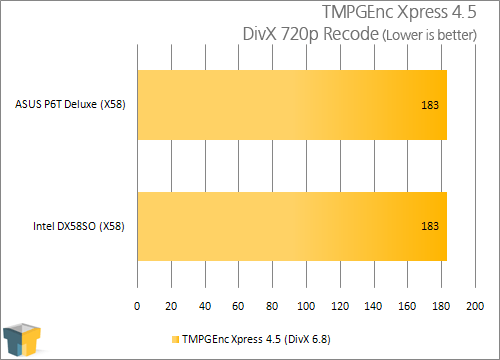 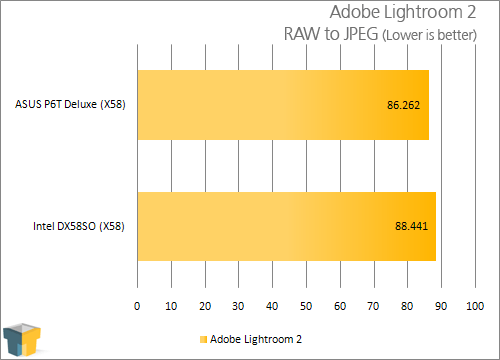 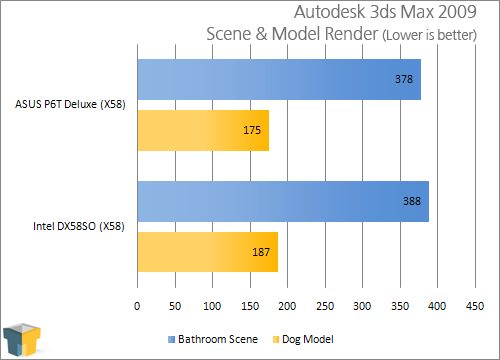 Although our TMPGEnc Xpress test proved equal between the two boards, ASUS’ P6T inched ahead in both our Lightroom and 3ds Max tests. I believe the reason for the lagging Intel board is due to the RAM. Even though the primary settings were the same across both boards, prior memory issues with Intel’s board tells me that it’s not entirely receptive of certain kits of memory. The latest BIOS fixes things a bit, but not entirely it seems.