As far as BIOSes go, I’ve always been a fan of ASUS’. The reason boils down to ease of use mostly, as any BIOS today will generally offer you very similar functionality. But when using a BIOS on a board like the Rampage II Extreme, and then one like this one, it’s easy to spot the differences.

There is nothing wrong with this BIOS here, but I sure wouldn’t mind seeing the BIOSes ASUS puts on its high-end boards on its regular boards, because they are generally even easier to use, and faster to respond. As one quick example, in a standard ASUS BIOS (and possibly others), going into the Hardware Monitor screen takes up to three seconds, while in the BIOS on the company’s higher-end boards, there’s no delay at all.

Part of the reason for that could be that when overclocking, it’s even more important to eye temperatures, or it could also be due to the fact that the information gets loaded automatically in the background any time you enter the BIOS. Or both.

Either way, we’re not likely to see a Rampage or Maximus BIOS on a “standard” board for a while, as that’s likely considered a premium feature in itself (I recommend checking out the BIOS page from our RIIE review to understand partly what I’m getting at).

Since BIOS screenshots are pretty self-explanatory, I’ll let them do the talking: 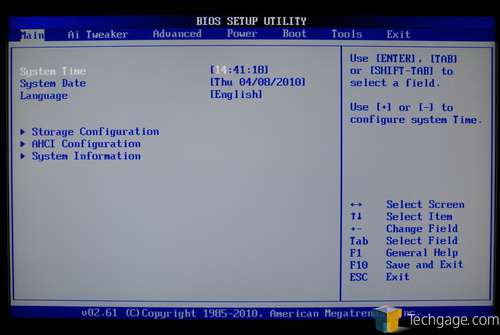 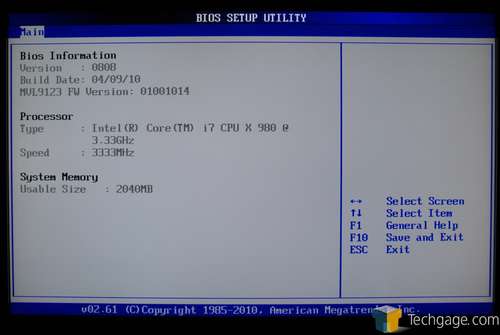 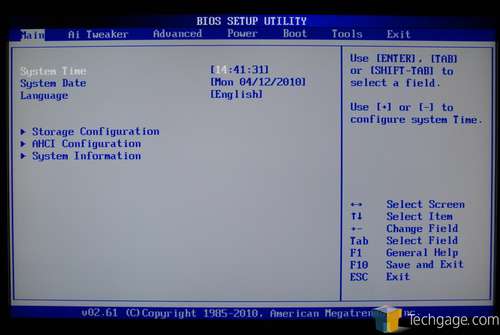 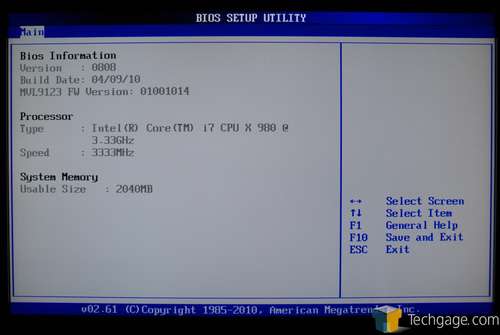 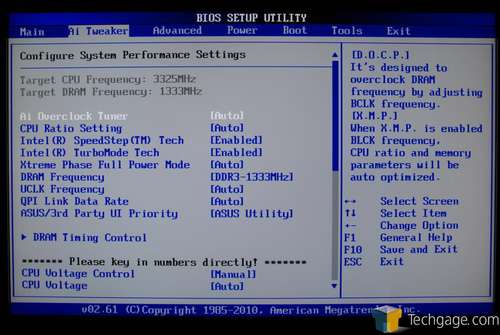 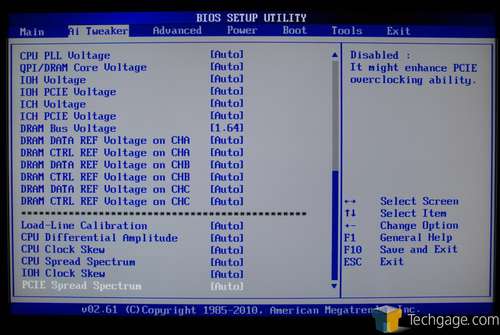 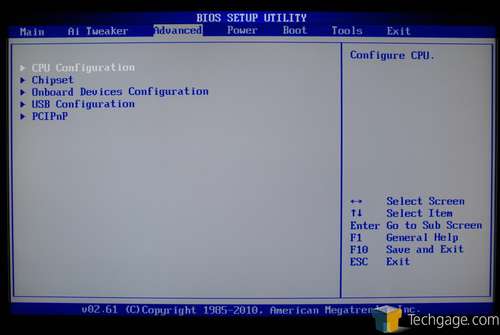 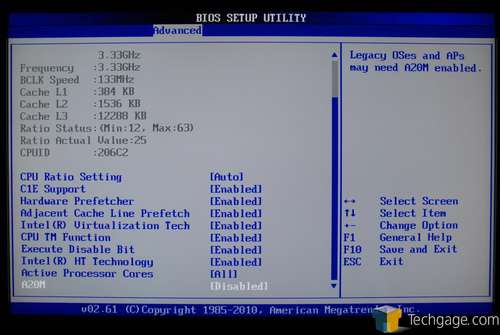 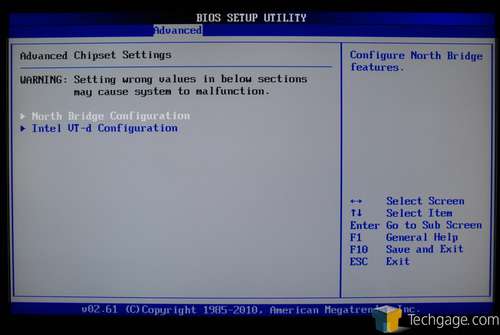 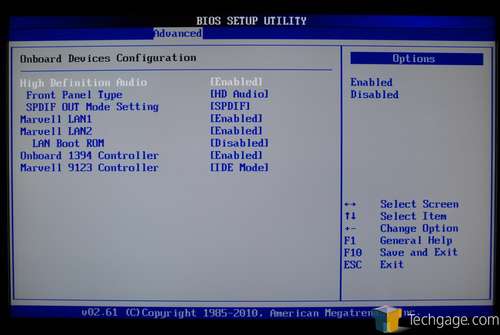 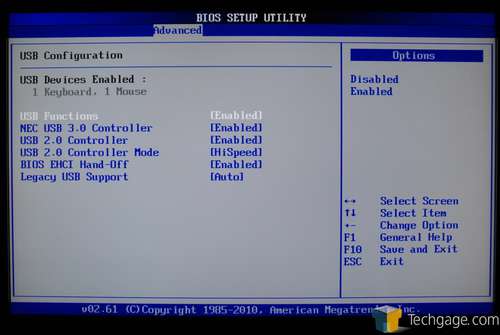 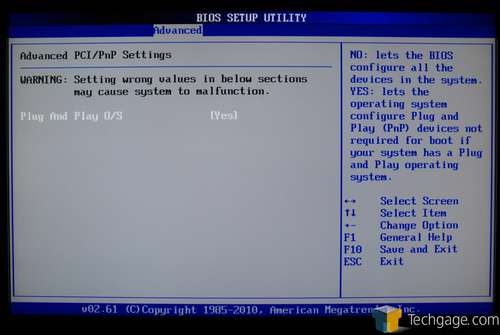 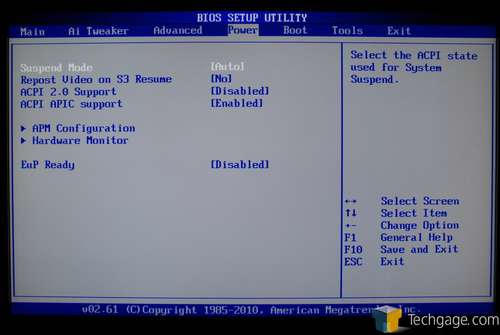 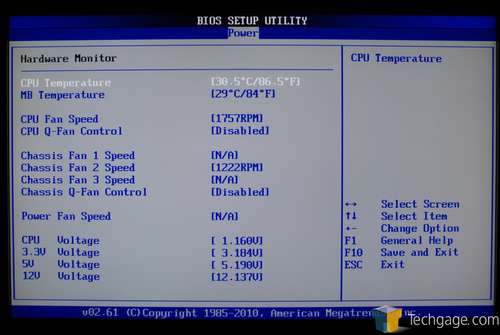 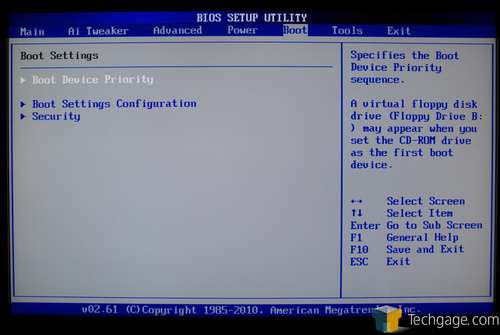 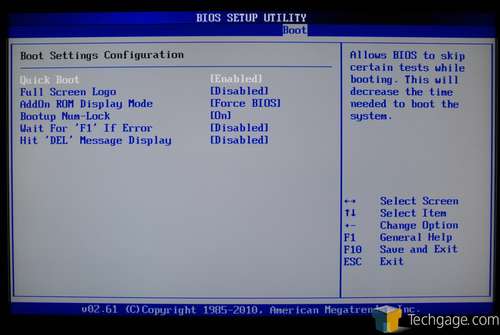 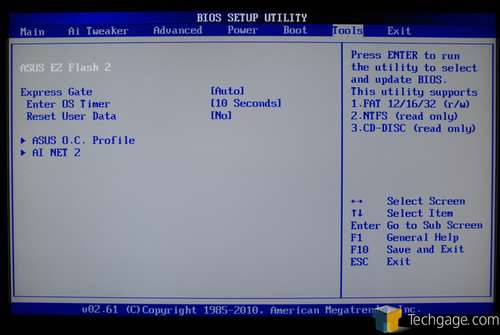