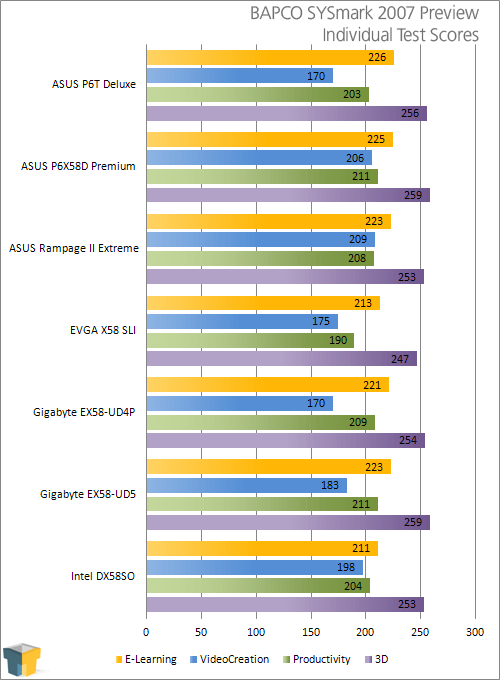 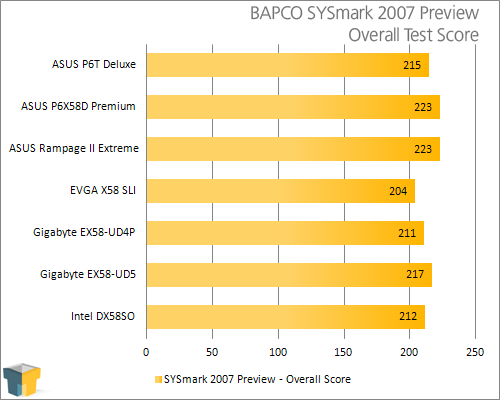 It’s very difficult to see differences in performance from a motherboard standpoint with SYSmark, but generally, very boards will lag very far behind. As far as the P6X58D is concerned, it’s top-rate.