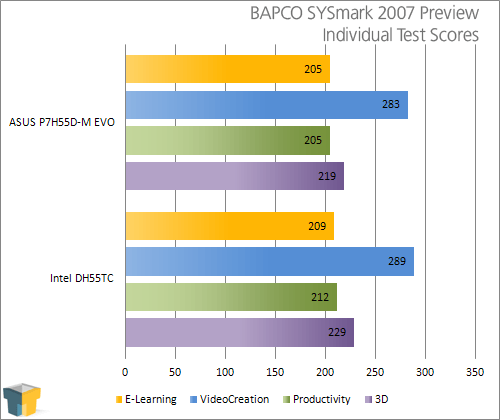 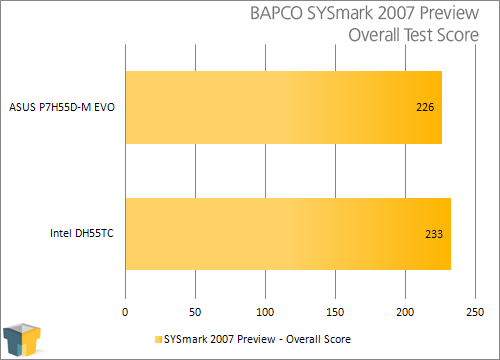 It’s hard to get an overall worth from a comparison between just two motherboards, but oddly enough, Intel’s board came out ahead just a wee bit. I don’t entirely believe that this represents the true performance of each board, but what’s important is that we don’t see any glaring issues, which is basically the only point of motherboard benchmarking as far as I’m concerned.