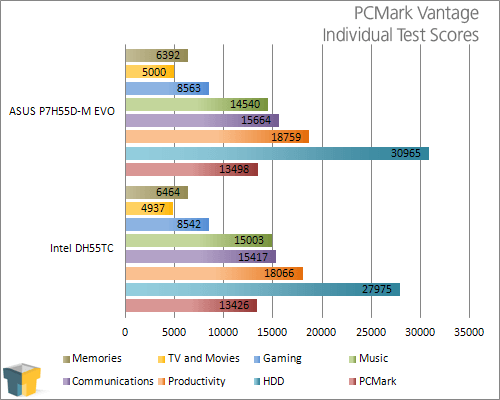 Intel’s board may have come a bit ahead in our SYSmark run, but ASUS struck back and placed ahead of Intel in PCMark. Overall, each test sways a fair bit from run to run, but both boards overall perform extremely well.