Onto a tour of the product at hand. The first thing I noticed after taking the board out of the box is simple… the color. I’m a big fan of blue, so ASUS really appeals to my eyes with the P7P55D series. There are also a few improvements around the board that are worth noting, such as the unique end tabs on the PCI-E 16x slots, which makes it even easier to remove a GPU, and also the lack of bottom tabs on the DIMM slots, which again, makes it easier to both install and uninstall your RAM. Both of these unique features is patented by ASUS, so don’t expect to see them anywhere else anytime soon. 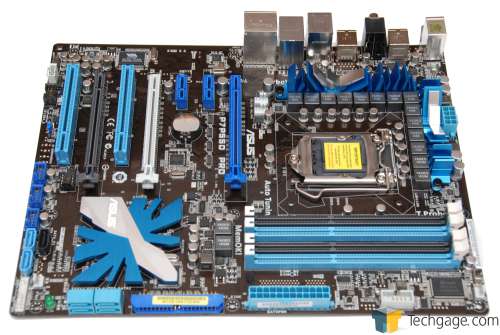 If there’s one limitation of the Pro compared to the Deluxe and Premium, it’s that it includes only 7 S-ATA ports (compared to 8 and 9, respectively). Of these, four are vertically-mounted, so absolutely no GPU will be able to screw your install over. I would have preferred to have seen all seven available this way, but the other three are found at the bottom, so they are at least out of the way and shouldn’t cause any issues. 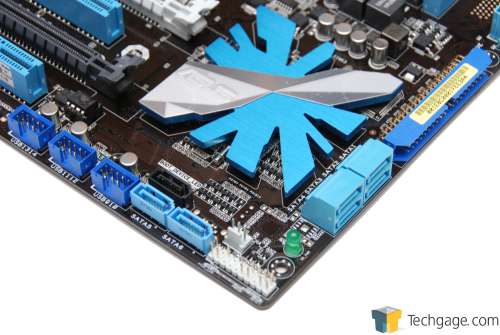 Although Lynnfield is based on Nehalem’s architecture, one major difference is the downgrade from a triple-channel memory controller to a dual-channel one. This results in 4 DIMM slots rather than 6, with support for up to 16GB. 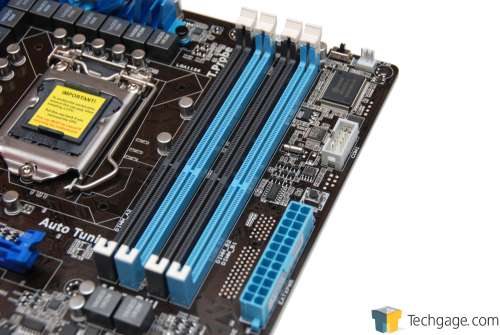 Of the available slots, three are PCI-E 16x, suitable for your single or triple GPU configurations (slots will become 8x for dual cards and 8x/8x/4x for triple). Also found are two PCI-E 1x slots and also two legacy PCI slots. 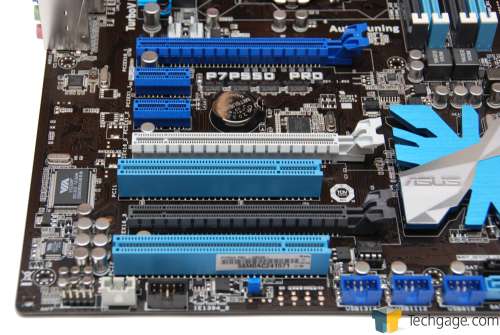 A few years ago, a power phase solution like the one seen below would have been considered crazy. Today, it’s considered mild. Some of ASUS’ and Gigabyte’s higher-end boards feature 32 phases, but that’s overkill in every sense of the word. The 12+2 solution here is going to prove more than sufficient for the vast majority of enthusiasts and overclockers. Even for extreme OC’ing, the value of 12+ phases is going to be debated. 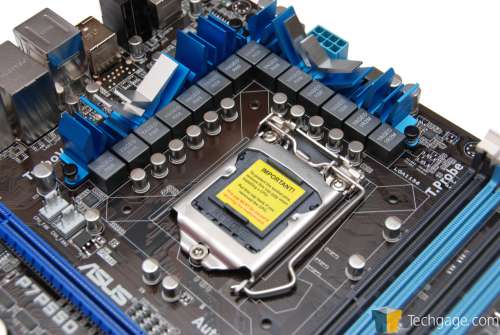 Taking a look at the back I/O panel, we can see nothing lacking. Available are two PS/2 legacy peripheral ports, eight USB, a FireWire, eSATA, LAN and audio ports. 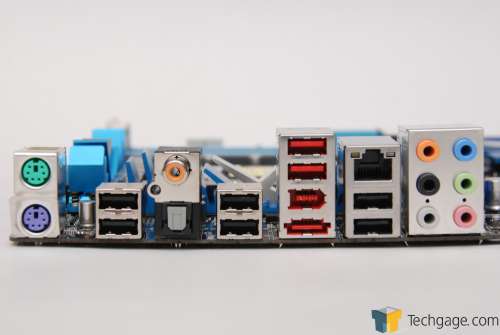 From a features standpoint, the P7P55D Pro lacks little, and only when you’re building a monster rig in every sense of the word might you want to pick a larger model (greater HDD/ODD support and higher phase capacity are the most noticeable features on a higher-end board). I spent a lot of time with this board back in September, and I had absolutely no issues during all the goofing around, testing and stress-testing that I did. So how about the BIOS?