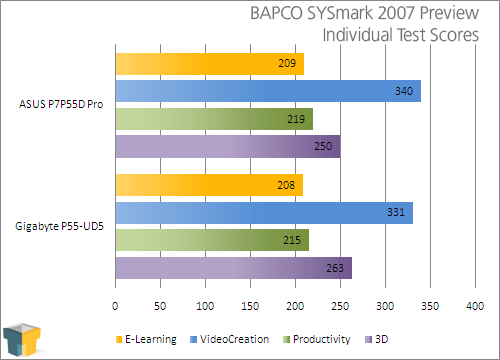 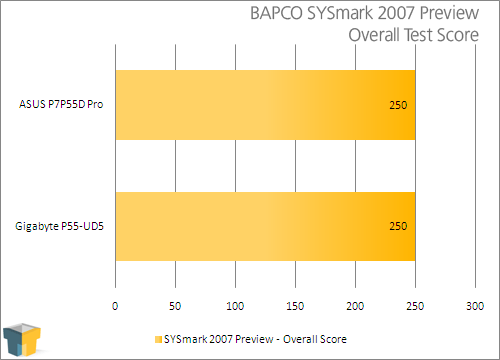 Like most benchmarking results on motherboards, the scores here vary a small bit from board to board and from run to run. In the end though, both the ASUS and Gigabyte boards scored equally overall. This, and all the other charts throughout this review, will become a lot more interesting as we test more P55 offerings.