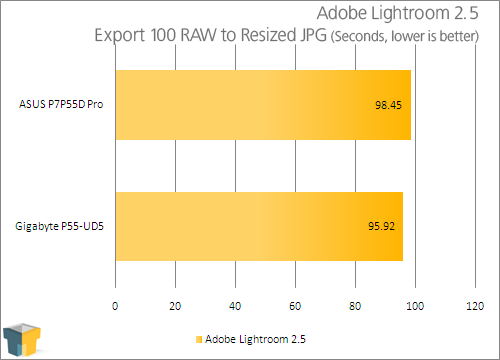 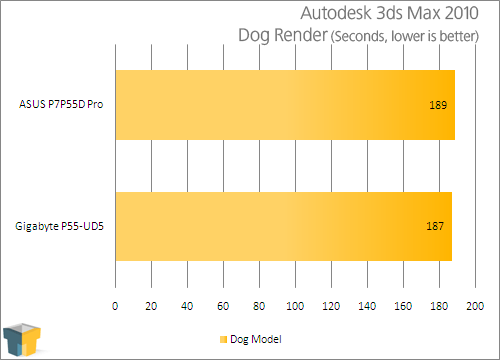 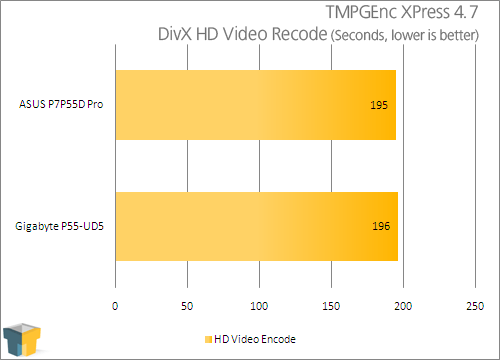 The scores throughout all three of these tests are incredibly close, as we’d expect, but the overall nod goes towards Gigabyte’s board, which only fell behind ASUS’ offering in our TMPGEnc Xpress test.