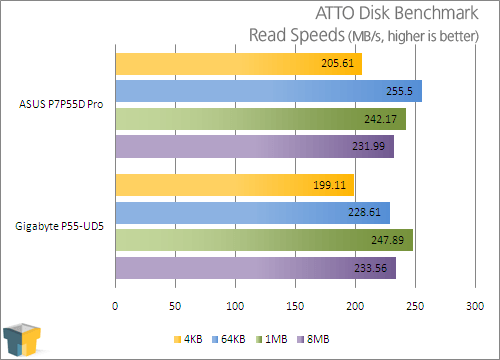 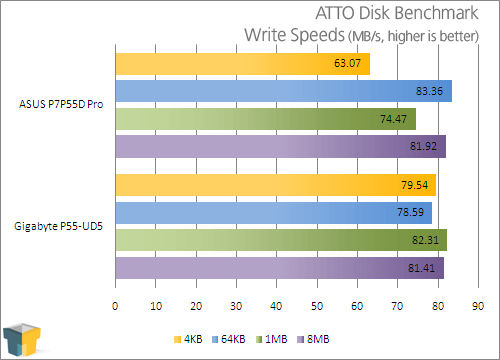 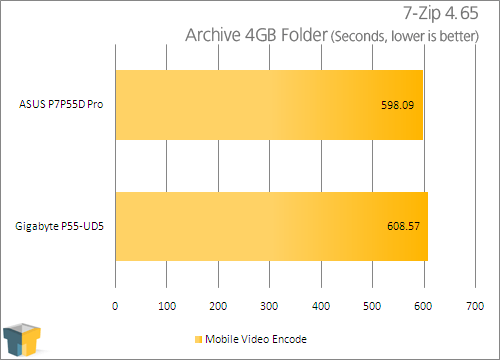 Typically, storage, above any other benchmark, is going to show variances throughout each run. But, our results remained consistent here across multiple OS restores, and in the end, neither board truly comes ahead in either ATTO or 7-Zip. The ASUS won some, and the Gigabyte won the rest. Again, this is typical, and to be expected. 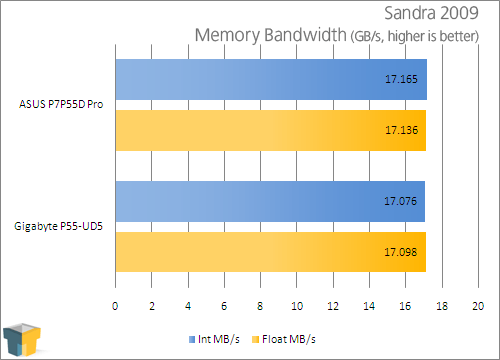 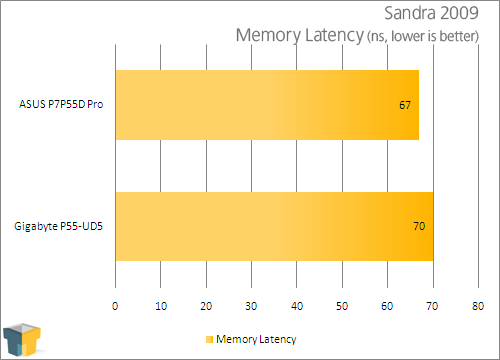 The overall bandwidth is near identical, but the ASUS board improved upon the memory latency ever so slightly. When dealing with these tight numbers, though, 3ns is actually rather noticeable.