For those looking to purchase a new motherboard, storage performance likely isn’t something that immediately comes to mind, but the fact of the matter is, optimizations can be made, and also higher-quality controllers be enlisted, in order to deliver I/O performance that puts one board above the rest. While a little more difficult to spot prior to SSDs, thanks to today’s super-fast Flash-based devices, we can indeed see some notable differences between the various motherboards we bench with.

For as long as Techgage has existed, HD Tune has remained a static part of our virtual toolbox. The reasons for this are simple. First, it’s super-reliable, and second, it offers an unparalleled ease-of-use. It’s also highly configurable, but as we’re simply testing the I/O for motherboards here, we stick to the main “Read” benchmark, which provides us both min/max/avg results along with the all-important access time. 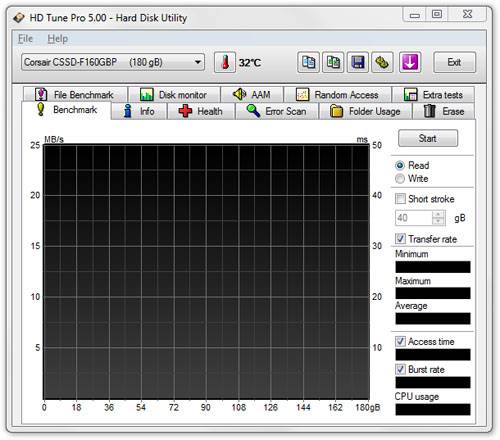 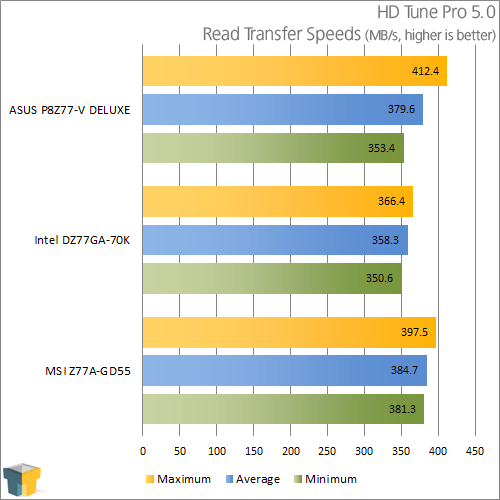 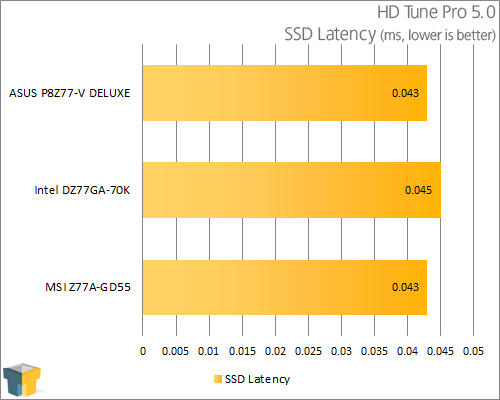 Sometimes, our test results can be strange or random, to no fault of our own; a good example of that can be seen here. ASUS lead with the best Maximum score, but MSI beat it out in the Minimum and Average tests.

While HD Tune is a superb tool for allowing us to benchmark a storage device in a variety of ways, Iometer is a bit more of a serious tool, allowing us to create our own tests and fine-tune them to our liking. It also outputs the performance as IOPS (in/out operations per second), allowing us to see which motherboard can handle a greater number of I/Os.

If a motherboard has more than one SATA chipset, we default to SATA port 0, unless there exist SATA 6Gbit/s ports that happen to be numbered higher. The goal is to use the fastest SATA port available on the motherboard, as that’s the one most people will use for their OS drive. 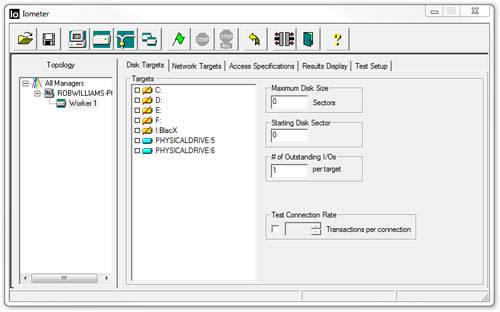 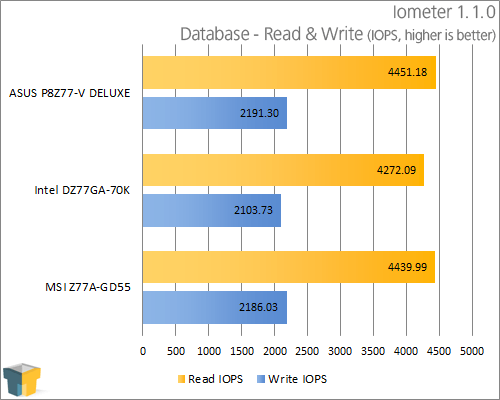 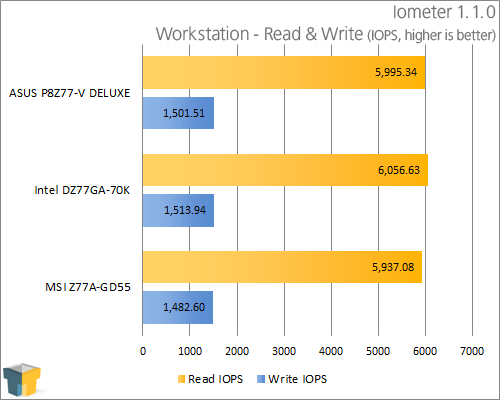 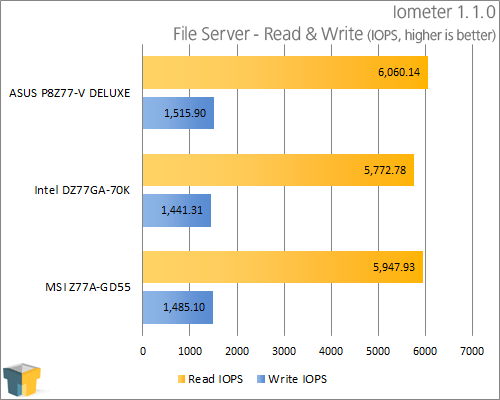 ASUS has proven itself to be the strongest here, with the odd exception of the Intel board which managed to surprise us with the Workstation test.