Where LCD monitors are concerned, one thing is clear. Widescreen is here, and here to stay. Not long ago, 16:9 was the common standard, but that’s since been bumped to 16:10. That ratio is what the PW201 we are looking at today uses.

As mentioned in the intro, the PW201 is far more than just a computer monitor. It doubles as a monitor for your video game consoles, cable TV, DVD players, video cameras and whatever else you may have. As long as your equipment uses the standard red/white/yellow or S-Video inputs, you should have no problem having it show up on the screen.

The functionality only begins there though. In addition to what I’ve mentioned so far, this LCD includes built-in USB ports and even a 1.3 Megapixel webcam. Oh, did I mention audio as well? Yes, this is obviously far more than a computer monitor, but rather an all-in-one screen built for whatever use you feel like.

The shipping box is nothing pretty. Actually, far from it. It’s much larger than the actual monitor, due to all of the protective styrofoam used. 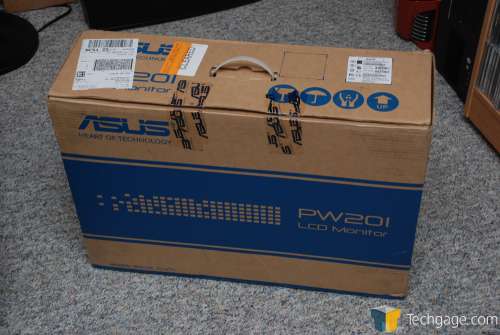 Here is how everything was packaged. Instead of the box top open up, the entire side does. This proves to make a lot of sense because it’s -much- easier to remove the screen this way. 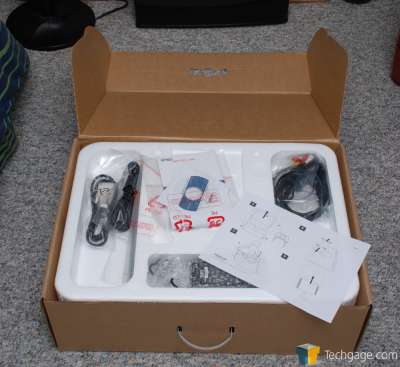 That aside, all of the cables, manual and software are kept on the top safely away from the screen itself. There is also a piece of paper with instructions of how to set the monitor up in four simple steps.

Shown below is the software, manual and warranty paper. ASUS was kind enough to include a DVI-D cable, so the monitor really is good to go right out of the box. Also pictured here is the power unit, which consists of two parts. 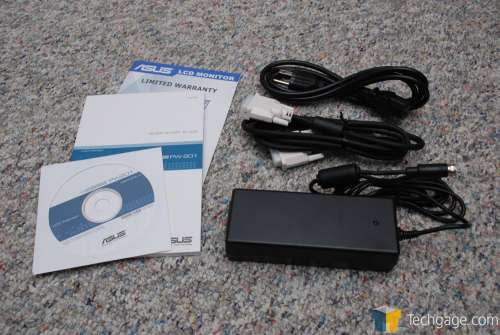 Also included is a dual ended audio/video cable, used for connecting your gadget to the monitor. This could be your digital cable box, DVD player or whatever else uses these. These are not hi-definition cables, obviously. In order to use say, your XBox 360 in high-definition, you can use the cables that came with the console as this monitor will accept all six. 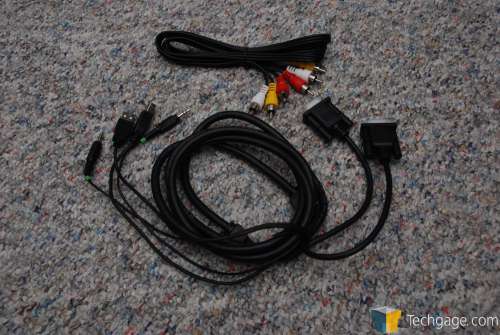 Also here is a VGA cable, slightly mutated. Well, actually this cable is what provides the USB and audio to the screen. Simply plugging the Firewire end into the monitor and the USB into your PC will give you the ability to use the functionality through the screen. As for the audio, you can plug it into the green connector on your sound card to give you 2-channel sound.

This is how the monitor will come out of the box… a very, very odd position. At first, I was confused as to how it “unfolded”, but I will get into that shortly. In the picture below, you can see that the base is capable of holding up a lot of weight in an awkward position. 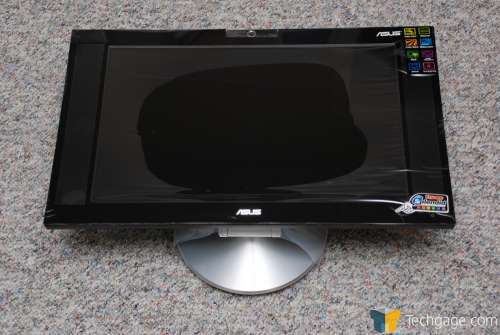 On here also are the obligatory stickers showcasing the different functions and also a touting of the “Splendid” feature that comes with most ASUS products with a screen. 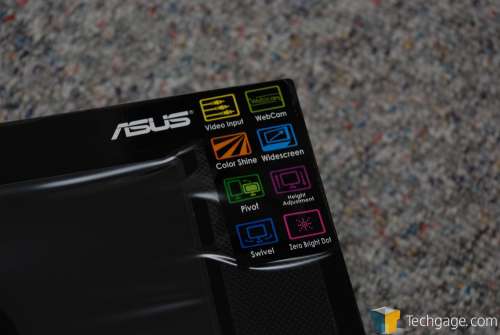 Flipping the screen over, you can see how the base is implemented. I removed the cover here, but it doesn’t have to be for any purpose. In order to extend the arm, you have to twist the base around a little bit until you feel that it is unfolding properly, without stress. I have to admit though, this proved a little more difficult than I would have liked. The instructions, as simple as they are, did not tell you -exactly- how to unfold the arm. As it “stands”, I still don’t know exactly how I did it. 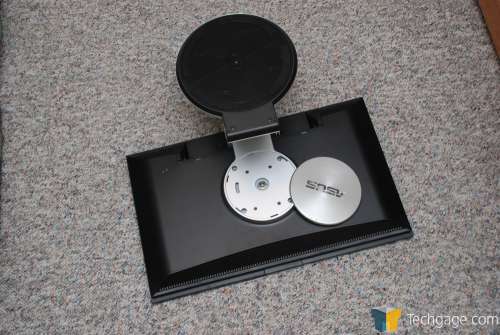 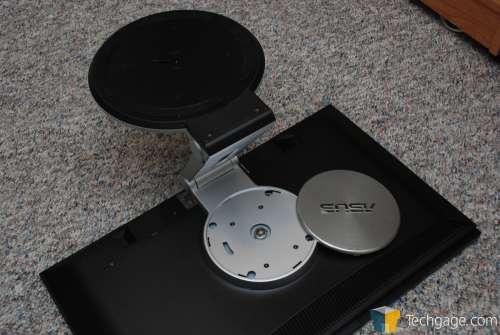 The monitor in it’s normal stance. 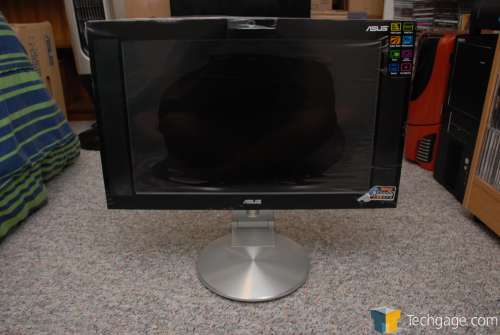 Now, this monitor is not that “normal”. It has a wide range of motion, and the base at the very bottom swivels. So, you can turn the monitor left and right with absolute ease, and even turn the entire screen vertical for portrait mode.