On the back we have a slew of connectors. First up is the power connector, DVI-D, VGA, Red/Blue/Green Components, S-Video. Continuing along, we have the Video/Audio connectors, computer audio and finally the Firewire that’s used to give you USB support. Overall, the screen contains most of the connectors that anyone should need. The only thing it lacks off hand would be HDMI, but that’s still a technology that’s slowly catching on. 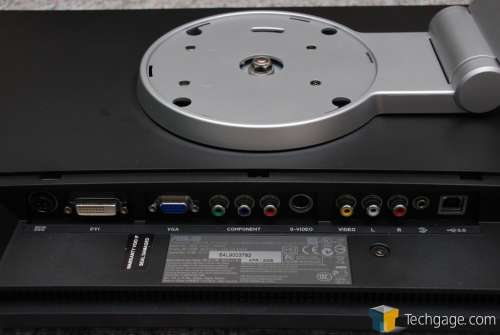 On the left side of the screen you will find the 3 USB 2.0 ports and also the audio connector. 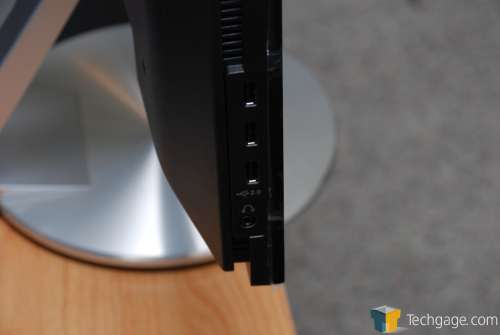 Top and center, we have the 1.3 Megapixel webcam. 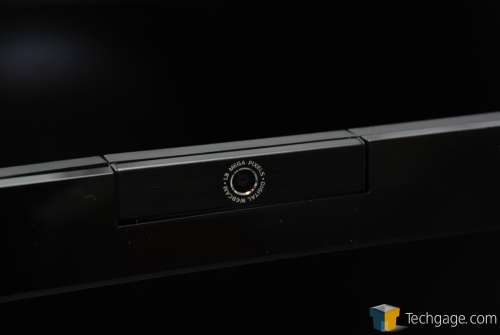 The reaction I received after using the webcam one evening. 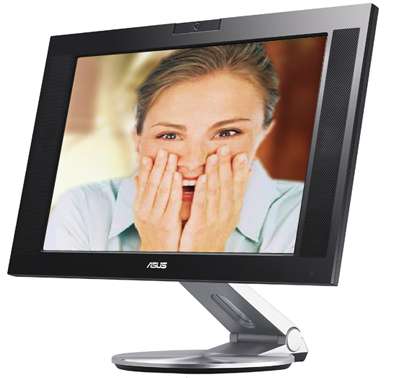 Because the screen has a certain classy status to live up to, you will not find any actual buttons around the monitor at all. Instead, all of the logos that you see lit up… are actual buttons. Pushing on them will bring up the various options on the screen. To turn the screen on, you just tap the power logo and it does just that. 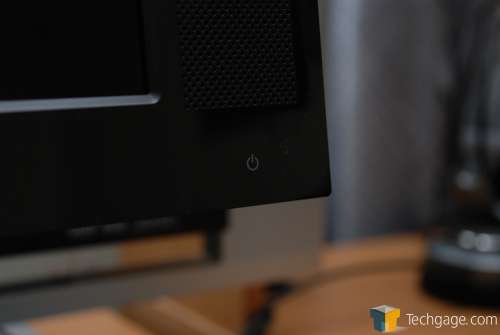 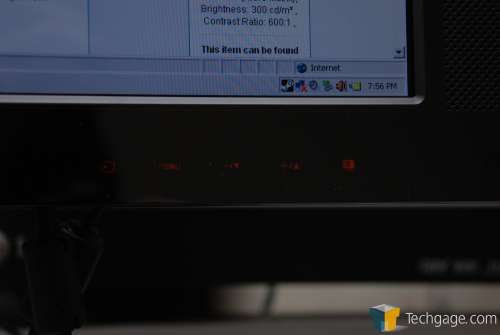 As you can see by those shots, this screen attracts dust -fast-. Not to mention thumbprints. The audio that the screen provides is thanks to the speakers on each side of the viewing area. 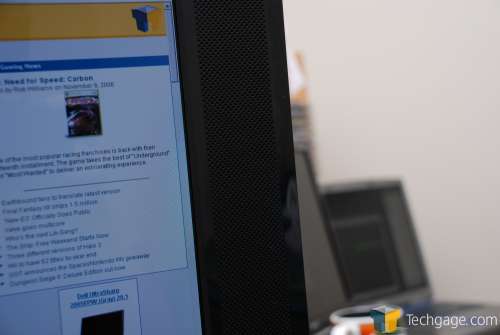 Finally, here is an example of the monitors range of motion. 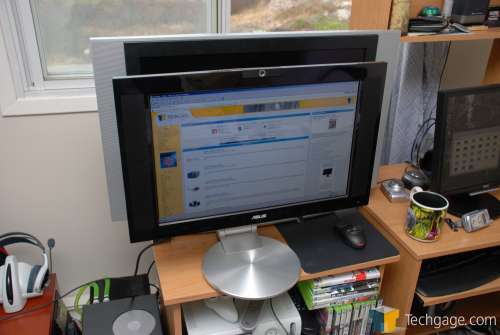 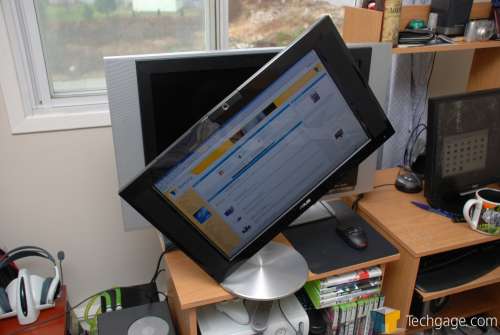 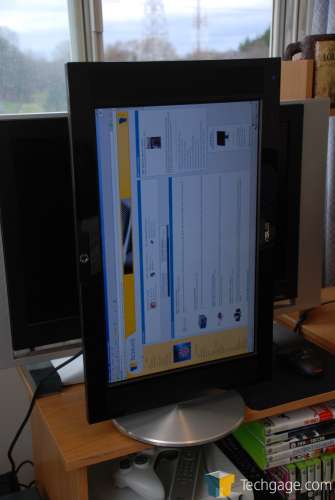 I am impressed with the PW201, even moreso than I had expected. Although the arm was difficult to adjust, the installation overall was very easy. Everything the screen has to offer screams modern.. but is it ultimately a good thing?